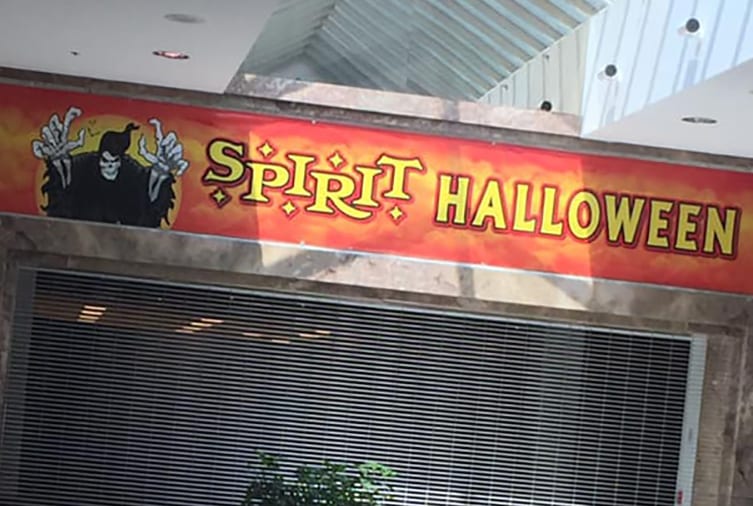 Instead of taking over a failed office store or relocated pet retailer, this year Spirit Halloween is stepping up to the big leagues in a big way in Bradley, as it prepares to take over a former anchor store, the Sears location, in Northfield Square Mall.

While fans of the seasonal store may get excited to see how the retailer will use the extra space, it’s worth noting it isn’t uncommon for a retailer to utilize a former department store location and partition off only a small section for retail space.

Not that an indoor corn maze or haunted house wouldn’t make a great side slice of entertainment, but who are we to make that call?

Spirit Halloween typically operates for 60-90 days, usually opening in mid-August and closing two or three days after Halloween. The company has been owned by Spencer’s Gifts since 1999. Spirit Halloween was founded initially by Joesph Marver in 1983.

Adults now represent up to 65% of all costume sales.  In 2018, Halloween was expected to generate over nine billion dollars in consumer spending, according to the National Retail Federation.

Spirit Halloween is expected to open for business soon.