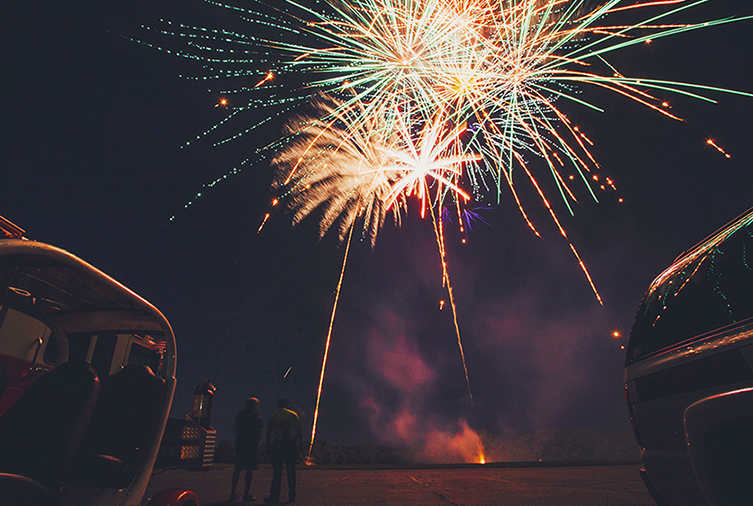 Springfield, Ill– The 4th of July is usually celebrated with cookouts, outdoor activates and fireworks shows. Due to the COVID-19 pandemic, many communities have canceled their displays. This is raising concerns about an increase in use of novelty fireworks and illegal fireworks in Illinois.

Illinois State Fire Marshal Matt Perez says, “Due to numerous community fireworks displays being canceled, we are concerned that people will resort to lighting fireworks in their backyard. It is important to remember fireworks are dangerous and should only be used by someone who has a permit and the proper training. We still want people to remember our safety message; Fireworks: Leave them to the Professionals!”

According to the National Fire Protection Association, fireworks started an estimated 19,500 fires in 2018, including 1,900 structure fires, 500 vehicle fires, and 17,100 outside and other fires. These fires caused five deaths, 46 civilian injuries, and $105 million in direct property damage in the United States. These fires are not only caused by commercial/consumer fireworks, but also by unregulated novelty fireworks that are sometimes purchased at local supermarkets.

“Home fireworks should be limited to “novelties” including sparklers, snappers, poppers, etc. as can be purchased in any general retailer.  Even these can be very dangerous. Sparklers account for the greatest number of fireworks injuries, and often to the youngest victims. Sparklers burn in excess of 1200 degrees – hot enough to melt many metals and hot enough turn steel glowing red.  An instantaneous touch of this will cause a burn and may result in permanent damage or scarring,” said Bob Wetzel OSFM Fire Safety Compliance Manager.

Healthcare facilities reported 126 persons having been injured and one person killed by fireworks during the 2019 seasonal reporting period in Illinois, which is between June 23 and July 20. Approximately half of all injured persons suffered multiple injuries. Males accounted for around 71% compared to just 27% females of all reported fireworks injuries. Almost half of all injuries (48%) occurred to persons over 22 years of age. Children under 6 years of age and 7-10 years old accounted for 22% of all injuries.

OSFM is aware of additional injuries but are not part of the statistics since they were reported outside of the reporting period, and they weren’t reported to OSFM by a healthcare provider.

Chicago Mayor warns City could go back to Phase 3