Alleged abductions of protesters in Portland by Federal government violate nearly every right an American citizen has under the Bill of Rights. 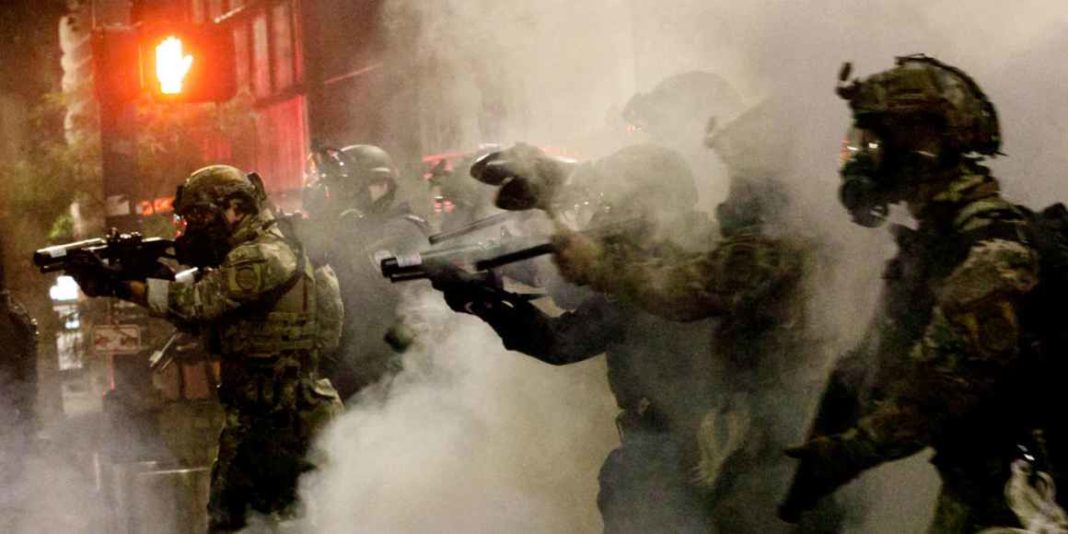 U.S. Department of Homeland Security plans to drop 150 federal agents in to Chicago this week, with agents activities not being made public. The news was first reported by the Chicago Tribune.

One city official is reportedly aware of specifics of the plans, but has not released any details on their operation.

Homeland Security Secretary Chad Wolf has called the protesters in Portland a “violent mob” and “anarchists”. Yet Portland officials on the ground in their City say otherwise.

“Well, the president has a complete misunderstanding of cause and effect,” Portland Mayor Ted Wheeler said in a tweet responding to Trump’s Sunday morning. “What’s happening here is, we have dozens, if not hundreds of federal troops descending upon our city. And what they’re doing is, they are sharply escalating the situation.”

On Saturday night, Portland police declared a riot after the police union building was broken into and a fire was lit. It marked the 51st straight night of protests in Portland.

Trump’s team has been described by Democrat Nancy Pelosi as “unidentified Stormtroopers” who were “kidnapping protesters”. Ro Khanna has described the agents as “secret federal agents”. Reports of the agents began to surface as early as July 14, that federal law enforcement agents have been using unmarked vehicles in the City had been seen arresting those participating in protests.

Oregon Gov. Kate Brown has long opposed the use of federal law units in recent protests, comparing it to ‘adding gasoline to a fire.’

“Their presence here is actually leading to more violence and more vandalism,” Wheeler added. “And it’s not helping the situation at all. They’re not wanted here. We haven’t asked them here. In fact, we want them to leave.”

The ACLU of Illinois issued a statement Monday afternoon in response to the news.

Make no mistake: Trump’s federal troops will not be a constructive force in Chicago. As our colleagues have seen in Portland, Trump’s secret forces will terrorize communities, and create chaos. https://t.co/P7nNd2FZJK

The alleged actions by Federal government officials on protesters violate nearly every right an American citizen has under the Bill of Rights, including:

“Citizens are concerned that the Administration has deployed a secret police force, not to investigate crimes but to intimidate individuals it views as political adversaries, and that the use of these tactics will proliferate throughout the country. Therefore, we ask that you commence your review of these issues immediately.” the letter reads.

Since Black Lives Matter protests began in March, President Trump has repeatedly attempted to re-branded protesters as terrorists without providing evidence in an effort to utilize US agencies against American civilians.

Kinzinger says Trump Republicans will come back around