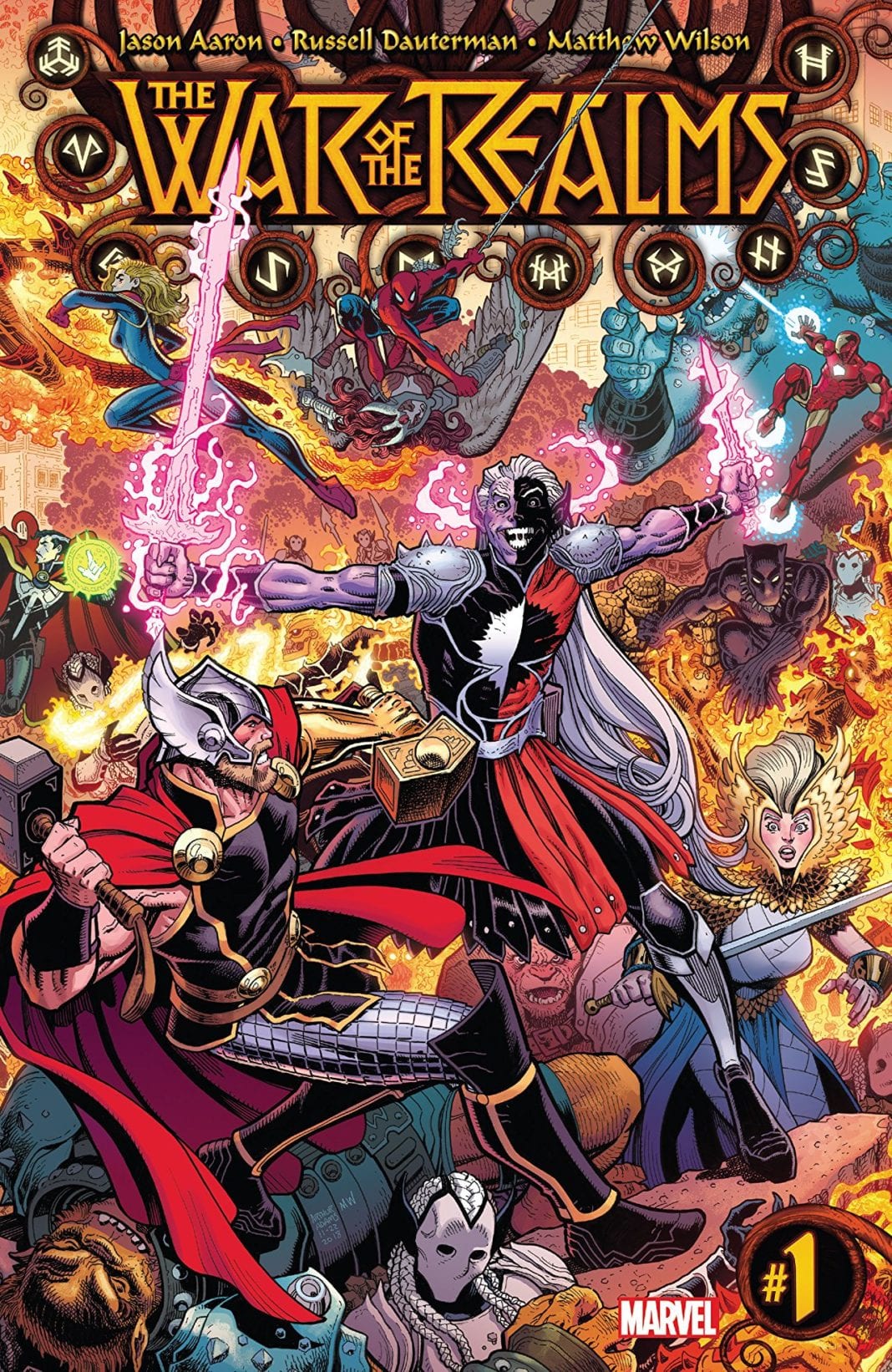 Hey there comic fans and readers! Marvel’s latest big crossover “The War of the Realms”, (written by Jason Aaron, drawn by Russell Dauterman, and colored by Matthew Wilson) event has dropped this week.
After reading issue one of “The War of the Realms,” I can tell you this is going to be a big event spanning a few months and involve many of your favorite Marvel titles. As Malekith the dark elf has conquered nine of the ten realms and has assembled a large army of villains to finish conquering the tenth realm Midgard (also known as Earth). A large part of this issue follows Thor, who has been tricked into leaving Midgard, which has made the planet even more venerable to an attack from Malekith. In this issue we also see Spider-Man, Doctor Strange, Daredevil, Wolverine, and many members of the Avengers jump into the battle when Midgard is attacked.
With veteran comic writer Jason Aaron at the helm anything can happen, and this issue started off a little slow, however, it quickly picked up speed with tons of action and heroes in what we traditionally expect from a major crossover title. Get ready to brace yourself. Aaron wasted no time killing off characters to showcase how large and tragic this war will be for the Marvel Universe. Russell Dauterman’s artwork fantastically sets the tone for the book. The invasion of the different realms brings readers right into the terror of the war. Matthew Wilson’s superb coloring adds tremendous depth to the invasion by using bold colors to show the ravage of the war-torn areas.
Marvel offers an excellent choice of variant covers for this book so there is no shortage of owning one with favorite artist doing their cover art. I went with the now retired George Perez Thor cover myself, since I’m a big fan of his work over the years. Overall I give “The War of the Realms” first issue 3.5 out of 5 stars and suggest to definitely stop by your local comic shop and pick it. If you dig “The War of the Realms,” make sure to add the tie-ins and one-shots to your pull list. Marvel even includes a checklist in the last few pages of this issue containing all the phase one “War of the Realm” titles so you won’t miss out on the action!