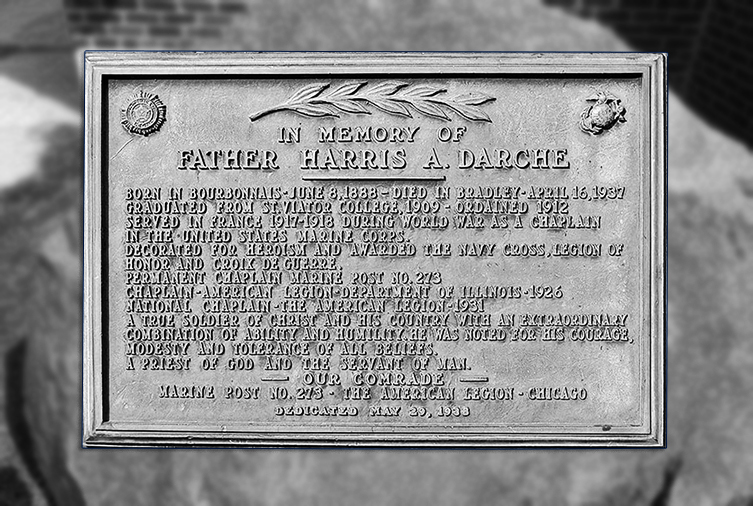 BRADLEY – An 82-year-old dedication plaque commemorating the memory of a celebrated local hero has been stolen from the American Legion in Bradley.

The plaque, which commemorated the memory of Father Harris A. Darche, a World War I Chaplain who was awarded the Navy Cross and Legion of Honor, was found missing from a spot on its boulder early Tuesday.  The boulder sits outside of the Legion in Bradley and was first mounted on the spot in 1938.

“Overnight/this am, somebody stole the Father Darche 1938 St. Viator dedication plaque off of the monument stone in front of the Legion. If anyone knows or saw anything, please contact the Bradley PD immediately.” Bradley American Legion Post 766 said in a post on Facebook late Tuesday morning.

Darche was a graduate of St. Viator College and served in the Marine Corps and later awarded the Navy Cross, Legion of Honor, and Croix De Guerre.  He was killed during combat while with American forces in Europe when a shell hit his camp.

Darche was a native resident of Bourbonnais.