Pritzker details his Thanksgiving plans in attack on critics, trolls 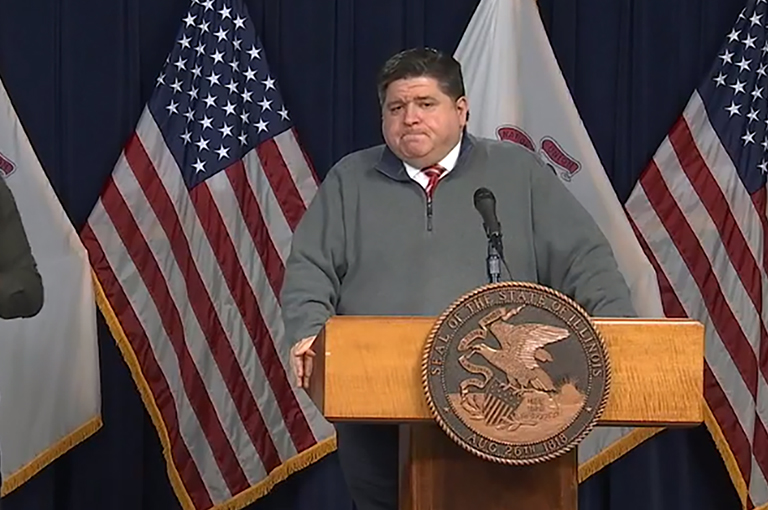 (The Center Square) – Gov. J.B. Pritzker used a news conference Tuesday to come clean about his plans for Thanksgiving after ducking questions about the holiday on Monday.

He also took aim at critics of his use of executive authority to manage the state’s response to the COVID-19. He said his family is making sacrifices for the upcoming holiday.

On Monday, the governor dodged questions about his plans for the Thanksgiving holiday next week. He was asked if his family was in Florida, where the governor acknowledged they own property but couldn’t say if he’d be in Illinois.

“That is my hope, but I’ll let you know,” he said Monday.

On Tuesday, the governor said he will be in Chicago with his son for Thanksgiving. His wife and daughter are in Florida. Pritzker said they will stay in Florida after propaganda publications made false accusations about his daughter.

The governor blamed trolls, radio shock jocks and propaganda publications for spreading a photo that falsely claimed his daughter was with a group of friends in violation of capacity restrictions.

“That was a lie, that wasn’t her,” Pritzker said.

He said his daughter received hateful and threatening messages on social media.

He also mentioned an attorney who posted on social media a $1,000 reward for pictures of Pritzker’s family on vacation in Florida.

He said his daughter was being “weaponized” by his political opponents.

“I’m the governor,” Pritzker said. “I’m willing to make the hard decisions that sometimes bring on vitriol from political opponents but my children shouldn’t come under attack.”

“Just like all of you, I want to be with my family for the holiday and just like you my family is having to make sacrifices to stay safe,” the governor said.

Pritzker said it would be the first time he was apart from his wife, MK, for Thanksgiving.

He announced Tier 3 mitigation with capacity restrictions on places of public accommodation and urged Illinoisans to stay home for the upcoming holiday.

6.3 Million COVID-19 cases reported in the US since Christmas