The paper, pending peer review, could be a crippling blow to the United States reopening efforts. 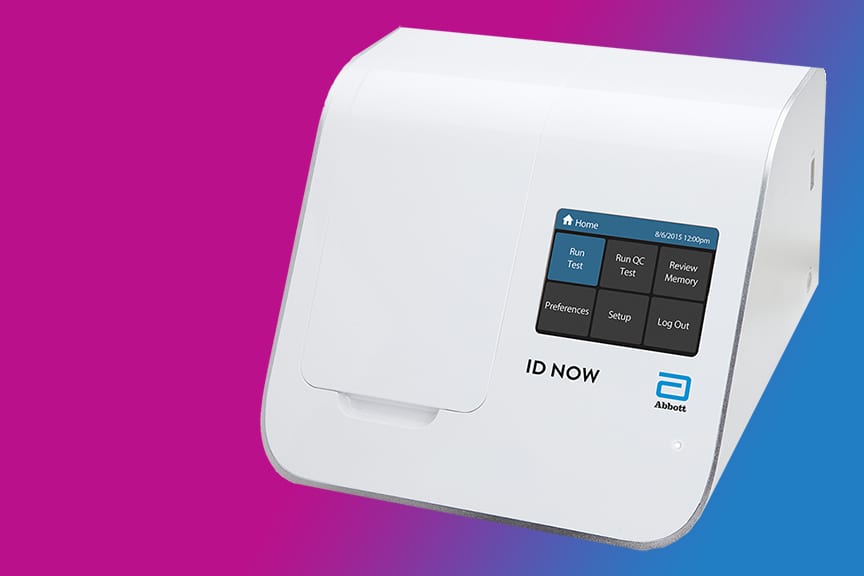 The Abbott ID NOW COVID-19 testing which has been a key part of reopening efforts in the United States may have missed nearly half of all COVID-19 positives.

That according to researchers at NYU Langone Medical Center, who say the new Abbott ID NOW COVID-19 tests that had been granted Emergency Use Authorization (EUA) approval by the FDA back in March is missing nearly half of all positive tests vs. traditional swab testing.

“Regardless of method of collection and sample type, Abbot ID NOW COVID-19 missed a third of the samples detected positive by Cepheid Xpert Xpress when using NP swabs in VTM and over 48% when using dry nasal swabs,” Researchers said in the paper released this month.

All samples used in the comparison test had been obtained from patients seen at the New York University Langone Tisch Hospital with the diagnosis of suspected COVID-19.

In one test conducted by researchers, the Abbott ID system used dry nasal swabs and detected only 16 of the 31 positive samples as positive results for COVID-19.  The remaining 15 samples were falsely labeled negative by the system.

The testing mechanism has been a key part of reopening the United States, with state-run facilities and hospitals using the machines to process their own locally sourced results.

In March, the FDA granted approval for the Abbot ID NOW COVID-19 testing, but waved quality system requirements and required Abbott to print “This test has not been FDA cleared or approved” with the devices.   It was also not allowed to advertise or promote it as such under the EUA.

The Abbott ID NOW COVID-19 tests were promoted as being able to yield results in as little as 5 minutes, which has lead to an increase in volunteer testing efforts across the Country.  Under the Abbott ID tests, the company claims positive results are available within 5-13 minutes and negative results within 13 minutes.

Abbott released a technical brief this week saying negative tests should be treated as presumptive and tested with an alternative FDA authorized device.