IDNR, other agencies look to help monarch butterflies, other pollinators 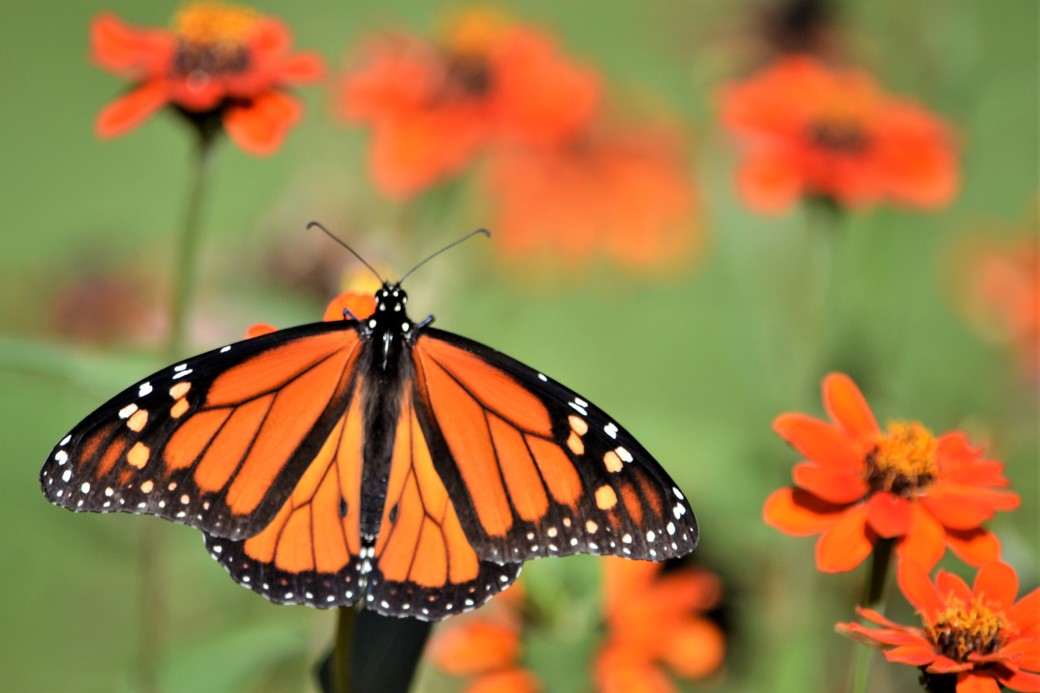 By Scot Bertram | The Center Square

(The Center Square) – State officials are taking steps to help protect the habitat of monarch butterflies and other pollinators.

The Illinois Department of Natural Resources is one of four agencies to sign on to the Illinois Monarch Action Plan, which seeks to add 1.3-billion stems of new milkweed to the central U.S. The number includes 150 million stems in Illinois by 2038.

“Monarchs migrate across the Eastern U.S., and Illinois is really central to their migration corridor,” said Ann Holtrop, chief of the Division of Natural Heritage at the Illinois Department of Natural Resources. “It’s important for us as a state to have adequate habitat so that the monarchs can pass through and thrive both as they’re migrating north and then as they’re going south to Mexico.”

The state Departments of Transportation and Agriculture and the Illinois Environmental Protection Agency also joined the pact.

“Monarchs and other pollinators just serve such a critical role in our ecosystem,” Holtrop said. “Without their efforts to pollinate plants, our ability to grow food would be really diminished.”

Monarch populations have been declining in recent years. Holtrop said her agency will work to fulfill a promise of millions of new stems of milkweed, a key food source for monarch caterpillars.

“The female monarchs lay their eggs on the milkweed and it is key then for the eggs and the caterpillars to grow and develop after that,” Holtrop said. “Some of the best choices for milkweed here in the state are common milkweed. Swamp milkweed will grow in damp and marshy areas, so that’s a pretty common one if you’re in a wet area.”

She says the Illinois DNR already is committed to providing quality habitat for monarchs and pollinators, so any policy or procedure changes largely will be about enhancing what is already being done.

“We’re also using our agricultural lease program to look at agricultural practices, our ability to reduce pesticides and herbicides, and then to look at different ways we can farm our ground to see if there are improvements we can make there,” Holtrop said.

Residents across the state are invited to lend a hand in the effort.

“Planting milkweed and other flowering plants would be a great addition,” Holtrop said. “Monarchs are small. They migrate. They’re looking for those small patches of habitat anywhere they can. Anybody can do a backyard garden or a flower pot, and that will certainly help.”

Among other adjustments, the Department of Transportation plans to adjust roadside mowing schedules to allow more wildflowers to prosper and to reduce the use of pesticides.