“Water Bears” MAY have accidentally invaded the moon 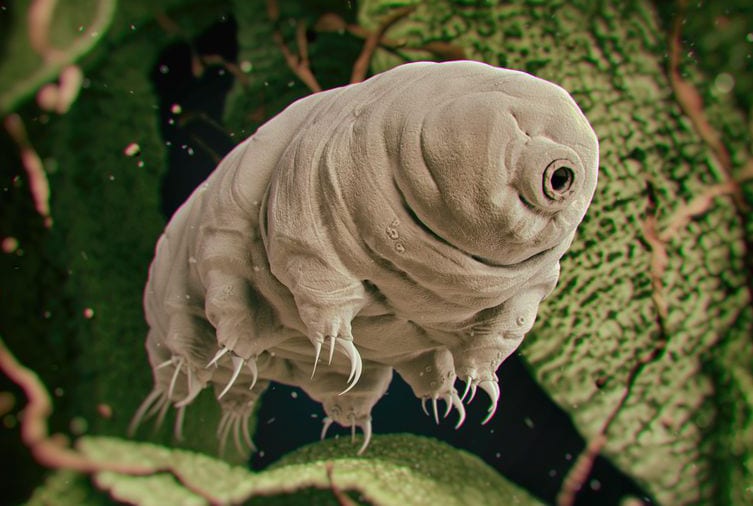 It’s pretty tough to survive on the moon.

Think about it….no air. No life to speak of, and either very hot or very cold depending what time of the day it is. But that hasn’t stopped Tardigrades, or water bears, from invading and colonizing the moon! Or at least, that’s a working theory.

Tardigrades are tiny but super-handy creatures that are virtually indestructible. They were sent aboard an Israeli spacecraft that crashed into the moon back in April, and it’s now feared these hulky micro beasties have busted out of specimen containers and are running amok on the lunar surface.

“We believe the chances of survival for the Tardigrades…are extremely high,” Nova Spivack, founder of the Arch Mission Foundation told AFP.

The Arch Mission Foundation was founded to dedicate itself towards “backing up” human knowledge along with Earth’s biology throughout the Solar System. The reasoning behind including the Tardigrades in their mission was the fact that “[Tardigrades]…are microscopic, multi-cellular and one of the most durable forms of life on planet Earth.”

Though the Tardigrades were in suspended animation at the time of the crash, it’s thought they could be easily revived with the rapidly changing conditions on the moon.