TikTok puts an end to ‘The Autism Challenge’ after viral outrage

There are certain things that should not be allowed in today’s world and ‘The Autism challenge’ on the music app, TikTok, is one of them. Unfortunately for a plethora of loyal users, they were subjected to a series of videos that showed others acting like they were disabled and mocking those on the spectrum for social media clout.

The music app was eventually bombarded with angry posts wondering why they would allow user to make fun of those with disabilities and some even swearing off the platform completely. The Autism society also spoke out on the matter, releasing a statement that accused TikTok of contributing to a hostile and hateful environment by allowing the videos on their platform.

“The Autism Society demands that TikTok condemn and shut down the offensive ‘Autism Challenge’ that mocks people with autism and other disabilities,” the Autism Society said in a statement. “Every individual, regardless of neuro-diversity, should be treated with dignity and respect. TikTok’s lack of response to terminate the challenge among its users encourages a hateful message and hostile environment.”

The challenge was said to have gained traction on the app starting in mid-May and featured users dancing while trying to act like a disabled person. The user would then upload the video with the label, #Autism challenge, and it would show up in searches when other users looked up the hashtag.

Five days after the challenge began, TikTok announced that they would be banning all videos associated with the hash tag and taking appropriate action against those continuing to upload such content.

“This content does not reflect our values and is against the code of conduct outlined in our Community Guidelines,” the music app claimed in a statement released by Today Parents ” The hash tag in question has been removed and we will take action against any further content that violates our policies.”

This move comes only days after it was announced that Kevin Mayer, would be taking over as CEO of the popular music app and the China owned company Bytedance, While it’s impossible to know how that will work out, early rumblings seem to indicate that the app plans to become a music streaming service and even teamed up  with a UK based music rights firm to increase their library in early January.

“I’m thrilled to have the opportunity to join the amazing team at ByteDance,” Mayer said in a statement about his new CEO position at TikTok . “Like everyone else, I’ve been impressed watching the company build something incredibly rare in TikTok – a creative, positive online global community – and I’m excited to help lead the next phase of ByteDance’s journey as the company continues to expand its breadth of products across every region of the world.”

While Mayer was passed over for the lead role at Disney Corporation after leading the successful launch of Disney+, he is still touted in many outlets as a brilliant dealmaker and someone who can bring things together. Reports indicate that Mayer will oversee things like, marketing, publicaffairs, and Global Development, which should all allow him to put his deal making skills to good use for TikTok and Bytedance

Mayer even played a key role in Disney’s purchases of Pixar, Lucasfilm, Marvel Studios and 20th Century Fox, all of which are big money makers now and increased Disney’s video library. Whether he can bring that same negotiating power to TikTok remains to be seen, but his past successes give him an advantage when it comes to bringing the app to its true potential

However, before Mayer is truly able to do that, he will have to undo the toxic culture that has been a constant in the TikTok community.  Believe it or not, The Autism challenge isn’t even the app’s first controversial trend and they have been responsible for some of social medias most cringeworthy material.

For example, in April, ‘The seizure challenge’ was making its way around the platform and drew a great deal of criticism for making fun of a very serious medical condition. All the user had to do to participate was record a video of them pretending to have a seizure while music played in the background and upload it to the world to see.

And then there was the mug shot challenge, which encouraged users to make it look like they were beaten up and then poise like you would in a mugshot. The challenge ended up gaining widespread attention and being panned as triggering for those that might have gone through the booking process before.

Finally, there was the outlet challenge, where users were encouraged by their friends to post a video of them trying to insert a penny into a light socket.  Critics of the challenge rightfully called it dangerous and stupid, but it took a while before the ridiculous trend was removed from the website.

If nothing else, the problem seems to be that TikTok really doesn’t have any sort of quality control on the app. Furthermore, it feels apparent that they are not monitoring their trending videos enough to know which ones to pull the plug on and which ones to encourage as a part of an inclusive environment.

TikTok isn’t the only one to blame however, as users of the music app seem more than willing to trade their self-respect and morality if it means more views. Unfortunately, that is going to lead to a lot of ridiculous and sometimes dangerous behavior, which will enviably be copied by others until someone steps in.

In the end however, it is TikTok that is going to have to step in and start doing a better job of regulating their platform. While that might mean banning some more of their controversial trends, it will be a chance for them to wipe the slate clean and start trying to build a more positive reputation.

Of course, that might be hard after several polarizing challenges, an attack ad campaign that brought them a rating of 2 on the Google app store, and a multitude of lawsuits over music rights, but Mayers have pulled of nominal feats before. He is also a dealmaker, which could lead to some very interesting partnerships down the line. 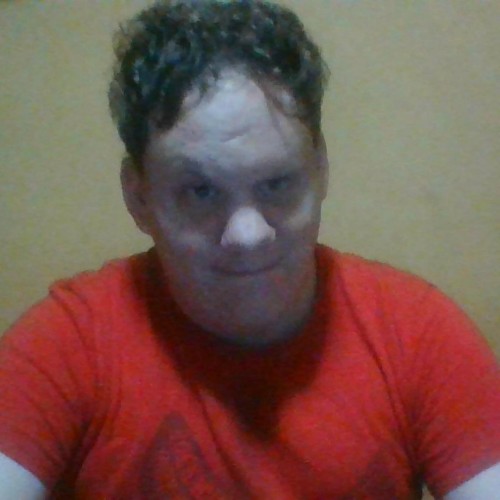