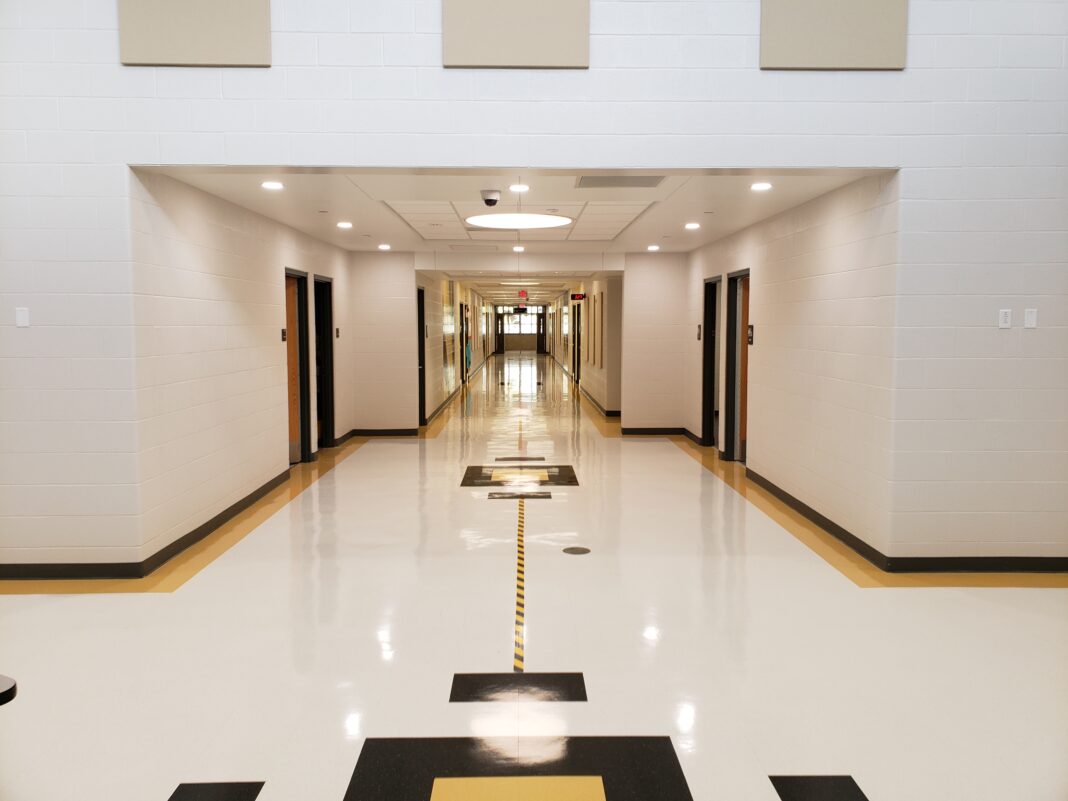 Precautionary planning around an unprecedented pandemic was not the only topic that was front-and-center in the minds of officials within Bourbonnais Elementary School District No. 53 this summer.

The expansion of Liberty Intermediate School, first announced in March 2019, was completed in time for the start of the new year. The work included the addition of 15 new classrooms, a new gymnasium and exterior logistical changes.

While the BESD 53 School Board approved the project early in 2019 — long before such words as “coronavirus” and “pandemic” entered the cultural vernacular — Superintendent Adam Ehrman said the timing of the work has eased some of this fall’s challenges.

The classrooms and gymnasium are the outgrowth of a reconfiguration within the district. When the expansion project was approved, the board opted to move fourth-graders to Liberty. Up until this year, the intermediate school was only hosting students in grades 5 and 6.

“I don’t know what we would’ve done if we did not have that extra space,” Ehrman said of Liberty’s space needs this fall.

BESD 53 administrators and elected officials went forward with the expansion project and reconfiguration plan last year in anticipation of larger enrollment numbers. The move of fourth-graders to Liberty also gave each of the elementary schools the room to accommodate additional students.

Another change within Liberty this fall has more to do with the exterior than the interior. The school now features a two-lane pickup scenario that Ehrman said is designed to improve traffic flow before and after school.

The timing of the dual pickup lanes might have been fortuitous, but Ehrman said the delineation has been immensely beneficial this fall as social distancing and other precautionary measures are in place.

“It has helped tremendously, particularly this year, when the buses and the parental pickup are on two sides of the building,” Ehrman said. “They’re completely isolated from one another.”

Liberty’s expansion project was humming along in February, immediately before the pandemic struck. At the time, it was about two-thirds complete, according to a report from officials.

While Ehrman, who is new to BESD 53, only witnessed the tail end of the project, he said all of the final aspects went forward without a hitch. This included traditional building inspections and a comb-through from regional education officials.

Easter Bunny to Hop Down the Bourbonnais Trail

Bourbonnais woman accused of stealing $2.3 million from Company to fund...