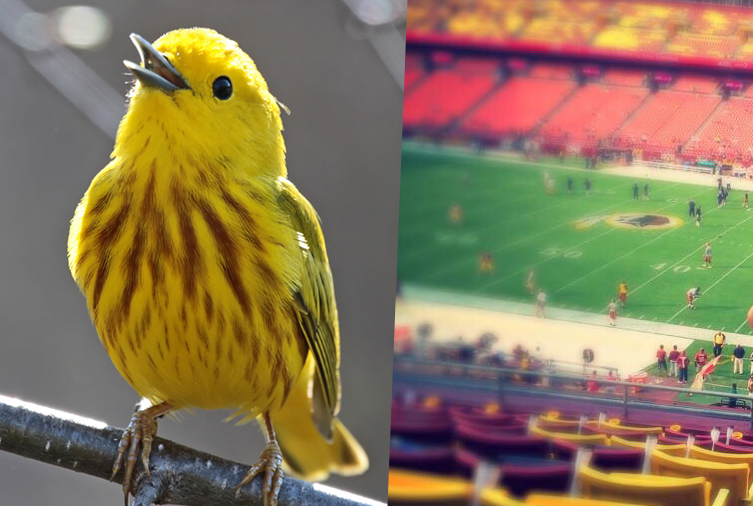 Not many people know what a Warbler is.

Warblers are small birds that are known by many species, especially in metropolitan areas.  They’re known as ‘invaders of large city parks’ and like Washington football, many people pass them by and do not notice them. That doesn’t stop them from suffering the same fate as most underdogs.  Continuing to persevere and push on, suffering grueling migrations while stopping to rest and refuel all the time.

With the recent announcement of a ‘thorough review’ of the Washington Redskins name, the small birds deserve some big attention.

It wouldn’t be the first time a bird has incorporated into a Football team after all. There are already five other current franchises that celebrate them, including the Eagles, Cardinals, Falcons, Seahawks, and Ravens. What’s one more?

Warblers have incredible characteristics for a football team trying to preserver and move on while incorporating local heritage and promoting conservation efforts on a global scale.

Though their colors vary, they are primarily found in yellow and black.  Those are some of the toughest colors I know of, thinking of ‘built tough’ brands like DEWALT, CAT, and other construction strong companies. Somehow, a yellow and black Redskins helmet already exists out there for 2020 that’s been dubbed “2020 Black Eclipse” by Riddell.

Colors and patterns run to the extreme in the species, offering yellow, red, silver, blue, white, and black along with shades of brown to install across a potential franchise.

Warblers are songbirds, and diverse, which is something the D.C. area is and could well represent the residents of the city.  The short name is brilliant: War.  Who doesn’t think of War when they think of Washington after all? Just think of the playlist before a game…

Any variation of this small bird could offer huge marketing opportunities that could transcend both sports and cultural fan bases.  The name opens up a whirlwind of partnerships, goodwill opportunities, and community connections.

Tradition is great, but sometimes blowing something up is even better.

So here’s to the Warblers, or any future name for that matter, which if treated correctly, could become as visually engaging and exciting a brand property as any of the five other bird-related franchises have throughout the history of the game.