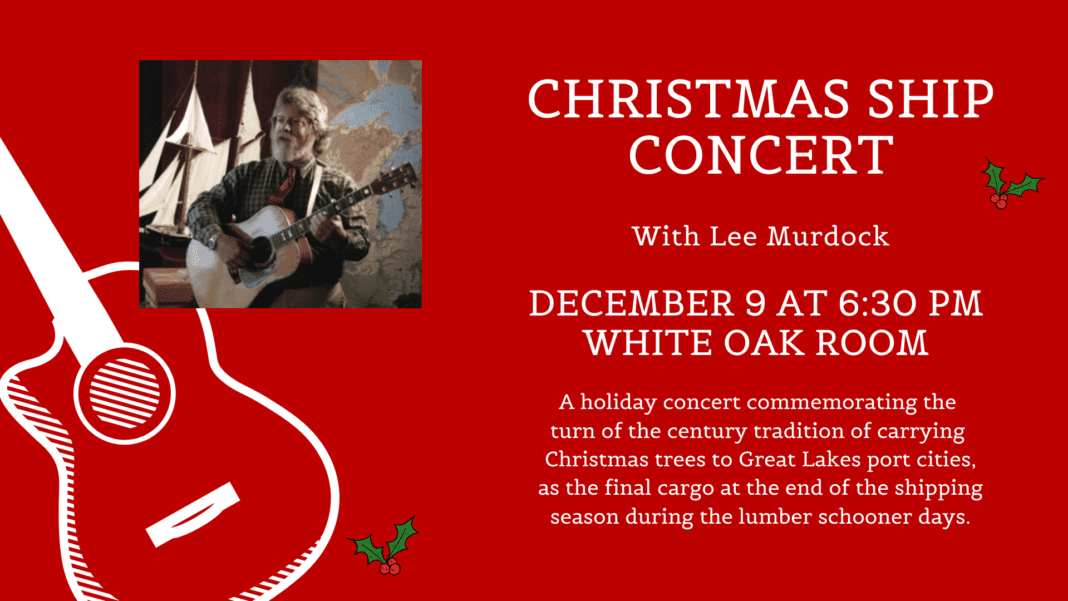 Lee Murdock will be performing a Christmas Ship Concert Monday, December 9, beginning at 6:30 p.m. at the Bourbonnais Public Library located at 250 W. John Casey Rd in Bourbonnais. Noted as a fluent instrumentalist on the six and twelve string guitars, Murdock combines ragtime, Irish, blues and folk styles with his flair for storytelling in songs. His musical influences span fifteen generations.

Murdock began his folk career in the Chicago area in the mid 1970’s, expanding his repertoire of blues and popular music as his interest in folk music and the maritime tradition grew. This holiday concert commemorates the turn of the century tradition of carrying Christmas trees to Great Lakes port cities, as the final cargo at the end of the shipping season during the lumber schooner days. Murdock has written a very popular song about one of the most famous of these ships, the Rouse Simmons.

The library is hosting this free program to connect the community with music and history this holiday season.

Thousands at Risk Due to Unknown Levels of Contamination in Wells...