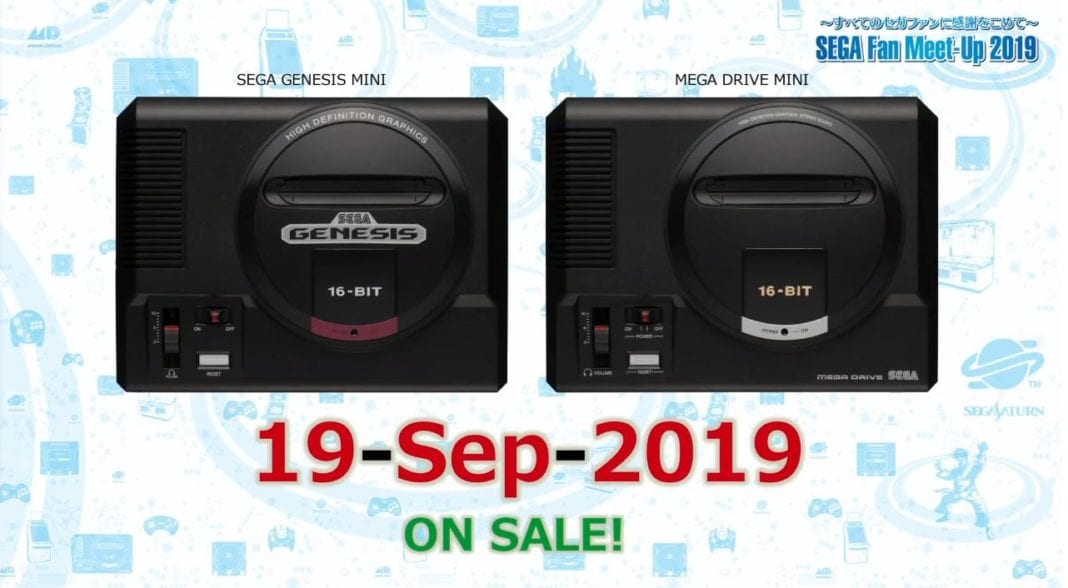 SEGA announced at its annual fan fest event in Tokyo on Friday that on September 19th it will launch the new Sega Genesis Mini worldwide.

This is not SEGA’s first entry into the retro gaming field.  The company has released several retro lineups of its gaming systems in the past, each with their own subtle variations.  In 2016 the company released a version featuring 80 games, but half of them were generic releases like “MEMORY” and “CHESS” by US based ATGAMES, along with other versions in 2017 and 2018, including a handheld release.

SEGA also announced a number of various SEGA entries coming soon to the Nintendo Switch system, including Sonic the Hedgehog, who has his own movie coming out in November.