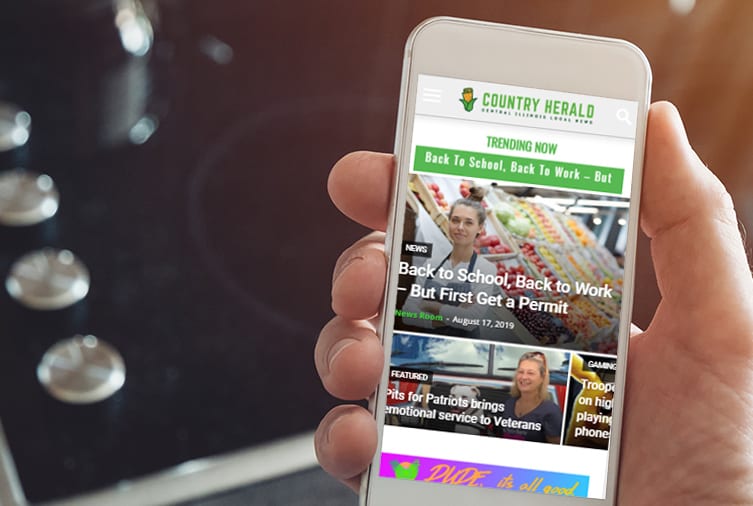 “Rebuild Illinois will improve our infrastructure at a historic scale, and it lays the foundation for economic progress and educational success for the decades to come,” said Governor JB Pritzker. “High-speed broadband internet is an absolute necessity for economic progress and educational attainment, but too many of our towns and counties and communities have been left out of the digital revolution, especially downstate. Our Broadband Advisory Council will be guided by three areas of focus for Illinois’ success in the 21st century: education, telehealth and economic development. By working together, we’re going to Connect Illinois.”

Connect Illinois will centralize state agency resources, collaborate with private-sector experts and bipartisan legislators from around Illinois and break down government silos to expand broadband access across the entire state. Their work will be centered around three main outcomes: telehealth, education and economic development.

Telehealth: Increase access to telehealth across the state of Illinois, which will provide additional health care options to communities in rural Illinois and expand treatment opportunities in areas such as mental health and opioid addiction.

Education: Put the state on a path to increased broadband access for K-12 schools throughout Illinois to ensure students have the tools they need to succeed in the classroom.

Economic Development: Expand economic development and opportunity in urban and rural communities throughout Illinois. This investment will support the growth of Illinois’ agriculture economy and information technology sector and will help to modernize transportation and support the development of entrepreneurs and small business owners.

Created through Public Act 100-833, the Broadband Advisory Council will create and present a statewide broadband strategic plan that identifies opportunities to serve all Illinoisans – with a focus on students, seniors, low-income households, rural communities and small businesses.

By December 31, 2019, the council will deliver a report to the governor and General Assembly with recommendations for the statewide broadband expansion.

“This $420 million investment in broadband is the fulfillment of one of my first meetings with Governor Pritzker regarding rural development,” said John Sullivan, Director of the Illinois Department of Agriculture. “These capital dollars will make enormous improvements in internet service to rural areas of the state—helping farmers, small business owners and individual homeowners.”

Statute requires Gov. Pritzker to appoint seven leaders with deep knowledge of the telecommunications industry, particularly in serving rural and urban areas throughout the state. These appointees include: