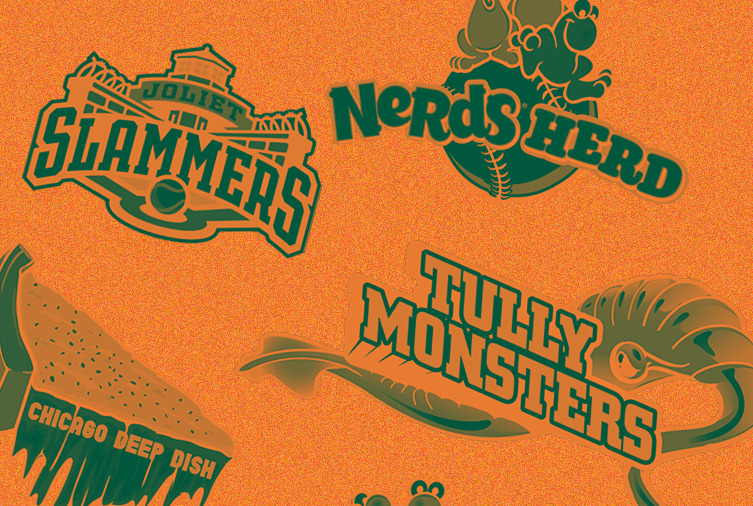 The Joliet Slammers may not have a Minor League season as part of the Frontier League in 2020 but they do have another tournament in mind. A four team “City of Champions” Cup in Joliet, with the first game set to start off the Cup this Thursday, July 16th at 7:05 p.m. at Dupage Medical Group Field.

The teams the Slammers will play are not those of other Frontier League teams, but rather newly formed teams created by Slammers management. The Slammers themselves will play in this tournament, alongside the Joliet Tully Monsters, Chicago Deep Dish, and NERDS Herd. The names are all a fun take on a variety of things related to the area.

The Tully Monsters, for example, is the official state fossil of Illinois and has only been found at the Mazon Creek Fossil Beds 30 minutes away from the park.

“We are all about embracing our local history and with Joliet being the City of Champions we wanted to highlight that all four teams will be based out of Joliet.” Slammers GM Heather Mills told me earlier this week.

Mills said the names are “a fun opportunity to have some unusual things and some fun merchandise for the other teams involved.” She also noted they all come from the Chicagoland area.

The other names of the newly formed teams include the Chicago Deep Dish, a Chicagoland staple, and the NERDS Herd, named after the Ferrara Candy Company, which makes NERDS, Laffy Taffy, and Lemonheads among other candies. A draft on July 7th set the team’s rosters, which you can find below.

Ferrara was founded in Chicago in 1908.

The Managers for the teams are recognizable names to some of Chicagoland. The Joliet Slammers will be managed by former Slammer Billy Petrick. Scott Spiezio, a 12 year veteran of the MLB and graduate of Morris High School, will manage the Tully Monsters. Former Chicago Cub Glenallen Hill will manage the Chicago’s Deep Dish. Corky Miller is the manager for the NERDS herd, he is a Cincinnati Red veteran and spent some time with the White Sox.

“Another area where we could have a little fun with it,” Miller said. “We wanted to go a little different than we might do for Frontier league baseball.”

The players on the team aren’t just members of the frontier league.

In a release on their website the Slammers announced some of the athletes that will play in this tournament. Ian Krol, a former big-league reliever journeyman with the Nationals, Tigers, Braves and Angles has nearly 200 innings in the MLB and is from Naperville.

Another former big-league pitcher Dietrich Enns, who threw four innings for the Minnesota Twins in 2017. Outfielder Eric Jenkins was a 2nd round pick of the Texas Rangers in 2015. Glenallen Hill Jr. will be coming with his dad to Joliet, Jr. is a 4th round pick in the 2019 draft. If you go to the website link here you can see all the Minor League talent you may not normally see.

“Our normal roster has a handful of guys that have played at some level of affiliated ball and are getting another shot.” Mills said. Normally independent league ball teams are when some minor league guys can get a second shot if someone is drafted out high school and “is not mature enough” as Mills put it. The big league club could release them and then a league such as the Frontier League give them a shot.

When we spoke, Mills sounded very excited about the talent level in this tournament saying, “We like to think our normal Frontier League baseball is pretty decent talent but there is certainly a chance that this year is even better than a normal year, because we are getting some of those top tier prospects that would be normally playing for an affiliated team.”

Mills gave the impression the event would be a fun opportunity to bring in great talent and make the most of a strange year. As Mills put it, “Why not make the best of this bad situation that the world is in.” But there is a side of this she and her staff are taking incredibly seriously and that is fan and player safety.

Some of the safety precautions for changes made at the ballpark include:

Taking a nod from the restaurant industry, the Slammers will have concessions open to fans to order from a smartphone and get a pickup time. Mills also explained a plan to disinfect possible high touch point areas every half hour, as directed by the state.

“We are really working hard to make sure when we do open with fans we are doing everything we have been told we need to do,” Mills said. “Fan safety, employee safety, and player safety. that is our top concern.”

The team, as one of the first professional franchises to resume play in Illinois, will have a zero tolerance stance on all safety precautions.

“It will be zero tolerance with us, if you want to come to a baseball game here at Dupage Medical Group field you will have to follow these guidelines and if you do not follow these guidelines you will either not be allowed entry or you will be asked to leave.” Mills explained. “We do not think there is any wiggle room here for the safety of everyone involved. If you want to go to a baseball game without a mask then this season is not for you. We hope to welcome you back in 2021 without a mask but if we are going to pull off safety in our stadium then we have to be strict in our rules, so zero tolerance.”

On the field there will be something different, should extra innings occur during the 27-game City of Champions Cup in Joliet. A home-run derby to end each game.

Each team picks a player to hit and a player or coach to throw. Each batter gets 5 pitches to hit and whoever has hit the most homers at the end will win the game. If no homers are hit it repeats until a home run is hit and the game is over.

The tournament will run July 16 to September 6th, with single games on Tuesday, Thursday, and Friday with day-night doubleheaders on Saturday and Sunday. Tickets are $15 each and the minimum purchase is two tickets with a maximum of six.

Will County now holds second most COVID-19 outbreaks among schools in...