Joe Biden sworn in as 46th President of the United States

Region 7 falls below 8.0% warning for first time since October 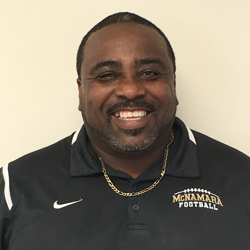 This week, Hollis, a lifelong Kankakee resident who turns 50 next month, set in stone what exactly those higher aspirations will entail — running on the Republican Party ticket for this spring’s mayoral race.

Hollis’ announcement he is officially seeking the mayoral post means there will be two partisan primaries for the top-level elected seat in February.

Hollis will face off against Republican challenger Chris Curtis, an alderman representing the city’s Sixth Ward. On the Democrat ticket, incumbent Mayor Chasity Wells-Armstrong is running against Angela Shea, a member of the Kankakee School Board.

Hollis has served on the park district for more than a decade-and-a-half. He said he earnestly considered seeking the mayoral position the last go-around but wanted to devote the time necessary to see his son off to college.

“I’ve been contemplating this for a while,” Hollis said. “I’m not going to be one of those people who stays on a board for 30 or 40 years. I have higher aspirations.”

When asked about what issues he believes are of concern to Kankakee residents, Hollis said three separate, yet intertwined, matters are front and center in his mind: economic development, job creation and eradicating the recent spike in violence within the community.

“I truly believe economic development and jobs takes care of a lot,” Hollis said. “If people have a sense of goals and accomplishments, they won’t have time to do anything else.”

As campaign season heats up, Hollis said he has no qualms with Wells-Armstrong, though he said he believes more could be done to move Kankakee forward. He pointed to Amazon’s announcement of placing a fulfillment center in Matteson as an example.

Hollis, a coach and sports enthusiast, said he is using metaphors in that realm to spread the word about his higher political ambitions.

“I’m not getting into anything I can’t handle,” he said. “I’m excited, ready to go and want to get this whole process started. As I tell my kids in football, ‘It’s ‘go time.’”

Joe Biden sworn in as 46th President of the United States

Region 7 falls below 8.0% warning for first time since October