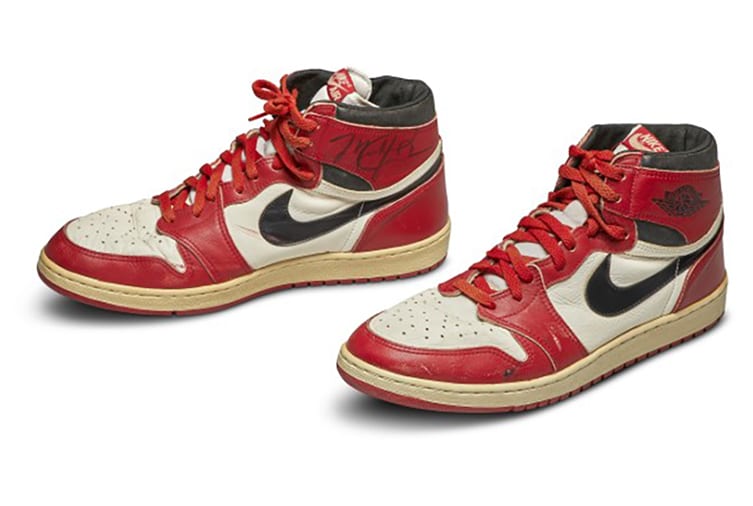 A pair of Michael Jordan’s Game Worn Autographed Nike Air Jordan 1s from 1985 are set to go up for auction today through May 17th.  That’s when the final episode of “The Last Dance” is set to air on ESPN.

Jordan received a now infamous fine of $5,000-a-game by the NBA for wearing the shoes, to which Nike paid.  The NBA rule said the shoes at the time not only violated the league’s uniform rules, but had to match their teammates as well.   Jordan went on to wear them all the way to his Rookie of the Year honors.