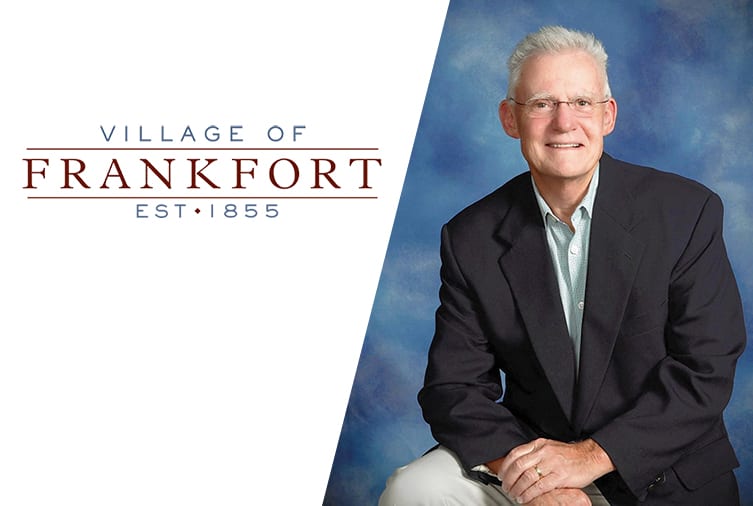 Like many mayors, Frankfort’s Jim Holland has had to adapt and make changes to the way he serves his constituents, as the COVID-19 pandemic dictates a new way of communication between residents and elected officials.

In a new and somewhat unique manner, Mayor Holland recently started airing a series of public service announcements on YouTube, from his home.

“I made statements at board meetings that we need to follow social distancing”, said Holland. “I had some residents request (social media videos), because that’s how they get their information”, he said. “Please make a video, and put it on social media”

Holland anticipates that the videos will continue throughout the duration of the pandemic. As Frankfort and the rest of the country begins to return to some semblance of normalcy, Holland will use the videos as a way to keep residents and businesses informed on how to move forward. His most recent public service announcement on YouTube, showed Holland encouraging people to shop local.

“We certainly want to see that happen”, he said. “As a small town in Will County, we have been taking direction from Will County, the State of Illinois, and the Federal government. Since we don’t have a health department, we will rely on them for guidance”.

Holland also believes that aside from the YouTube videos, that there are more things the village can do to support businesses. “Business licenses are due in May. We aren’t even sending those out. We will wait until later”, he said.

The virus has affected the mayor on a personal level, as well. Two residents near him had recently contracted the virus, with one recovering, and one passing away.

“It is a personal issue”, he said. “Both residents live within a block and a half. My goodness, they are neighbors, it brings it close to home”, Holland said. “One is a personal friend and came off the ventilator, but he still can’t talk, and it’ll be several days before he can talk, but he is conscious. His family is very excited and frankly so am I. The other I didn’t know as well”, Holland summarized.

“One way is, I’m not one to go on social media and provide videos of myself advising what to do. It was part of the mayor’s job. The people were right. I listened to that and I think they’re right”.

Holland also reflected on the comprehensive manner in which Frankfort took action, while other communities may not have closed down as thoroughly.

“Those are substantive issues for us”, he said. “Our Park district decided to close all their parks. They are a separate body. The Village of Frankfort controls the Plank Road trail, which is open. We removed or put caution tape around the furniture, small playground, tables and benches. The bike trail and walking path has remained open”, he said.

Holland also prioritized the safety of the village employees, while continuing to provide services to residents, and hammering home the importance of sheltering in place during the pandemic.

“Our downtown has typically been a gathering place, and we aren’t supposed to be doing that”, he said. Holland mentioned that Frankfort is paying employees that patrol downtown from sunrise to sundown, while they are wearing vests, reminding people to stay away.

“We have switched to 12 hour days, which employees work 3 days and a Saturday, in case a group of employees gets sick”, he said. “It’s a reminder we have to stay apart, and the concept is to keep these employees separated, so we can have 2 different groups who can fix water main breaks, do accounting and payroll, and not see each other”.

Holland said that the Police Department is already on 12 hour day shifts.” They don’t get together for roll call anymore”, he said. “Now they do all of that by Zoom and Facetime, on their phone, sitting in their car”.

The experience of being mayor of Frankfort during the pandemic, while diving into the world of social media, also brought good mentions for Governor Pritzker.

“I think he’s done a good job”, he said. “It’s very easy for people to be a Monday morning quarterback. I think he’s getting good advice, and the medical personnel have done a great job”.

Less than 1,000 residents positive in Region 7 for first time...