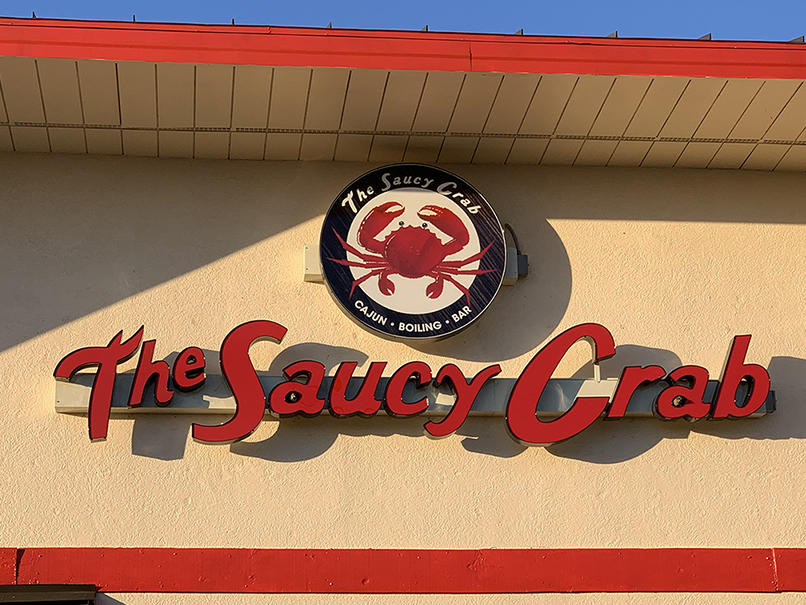 For decades, it was a place to get your favorite slice of pie. But in the near future, it will offer up boiled seafood, gumbo, po boys and other Cajun-inspired fare.

Recently installed exterior signage at the former Bakers Square, 1315 Armour Road, in Bourbonnais reveals where The Saucy Crab will operate within the village. The suburban Chicago chain has been adding new locations in the second half of 2020.

Early this year, the ownership of The Saucy Crab operated locations in Evergreen Park and Tinley Park. An additional location in Grand Rapids, Mich., has also been added to the company’s portfolio.

Throughout the summer, the eatery has been promoting the anticipated opening of two more locations — Bourbonnais and Homewood — by noting the pair of sites were “coming soon” on the company website.

Representatives with The Saucy Crab did not respond to several requests for comment for this article on the anticipated opening of the Bourbonnais location. But a staffer in August told Country Herald announcements will be spread across social media as more details become available.

“Actually, we don’t have any information to share at this moment,” the restaurant representative wrote during a brief exchange on Messenger in August. “I will post updates on our Facebook.”

While Cajun cuisine and seafood are prominent features on The Saucy Crab’s menu, the restaurant’s chefs offer up a range of other options as well, including such traditional American dishes as sandwiches, salads and soups, in addition to a full drink menu.

The Saucy Crab previously operated under the name Hot ‘n Juicy Crab in Evergreen Park and Tinley Park. According to its Facebook page, the name change occurred June 1.

Bakers Square abruptly closed its Bourbonnais location in June. The venerable restaurant’s parent company, Nashville-based Blue Ribbon Holdings, has closed a number of locations this year before and after the onset of COVID-19.

According to Bakers Square’s store locator, 14 restaurants remain, all in the upper Midwest. Six of the locations are in Illinois: Chicago, Gurnee, Melrose Park, Orland Park, Palatine and Woodridge.

Blue Ribbon Holdings operates other long-established restaurant nameplates as well, including Village Inn eateries in other areas of the country.

Taste of Joliet canceled by Park District due to COVID-19