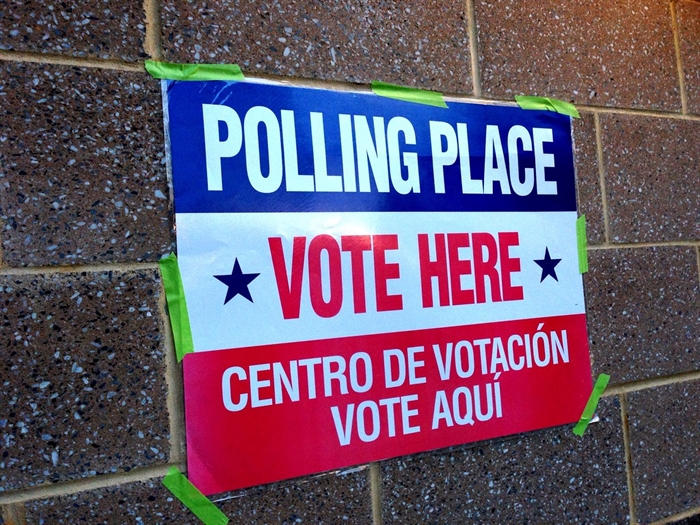 SPRINGFIELD – Heading into the final weekend before Election Day, Illinois voters continue to set records for advance voting, and election officials are urging anyone who has not yet turned in their mail ballot to do so as quickly as possible.

“Whether you do that by mail, or by placing it in a secure drop box, if that’s available to you, or by returning it in person to the office of your election authority, that’s entirely up to you,” Matt Dietrich, spokesman for the Illinois State Board of Elections, said during an interview Thursday.

As of Thursday afternoon, according to ISBE, nearly 2.8 million ballots had already been cast in the general election, far more than in any previous election in Illinois. That includes mail-in ballots as well as votes cast in person at advance voting locations.

But there are also nearly 953,000 mail-in ballots that have been sent to voters but not yet returned.

Under Illinois law, mail-in ballots that are postmarked by Election Day can still be counted as long as they are received by local election authorities within 14 days after the election. That deadline this year is Nov. 17.

Election officials are strongly encouraging those voters who have yet to return a mail ballot to do so as soon as possible before polls close on Election Day because it enables them to quickly clear up any problems with the ballot, such as a signature that doesn’t match the one on file.

“But also because the more vote-by-mail ballots that are received and processed prior to Election Day, the better picture we will have on election night, when the unofficial election night totals come in, of what the actual eventual final vote will be,” Dietrich said.

The biggest issue on the ballot that could be affected by late-arriving ballots, he said, is the proposed constitutional amendment to allow for a graduated income tax. That requires approval by 60 percent of the people who vote on that issue or a simple majority of all the ballots cast in the election. But officials won’t know exactly how many ballots were cast until the cutoff date of Nov. 17.

“Unless there is a very substantial margin on election night, a margin that is larger than the number of outstanding mail ballots, It’s going to be very difficult to call,” Dietrich said.

The huge increase this year in early voting is largely due to the COVID-19 pandemic, which has made many people uncomfortable with the idea of voting in-person at a polling place that could potentially be crowded. But in addition to record volumes of early voting, Dietrich said Illinois also set a record this year for voter registration at 8.3 million.

The American Civil Liberties Union of Illinois has offered a number of tips for how voters can make sure their ballot is counted in the election.

For instance, voters who have received a mail-in ballot but later decide they want to vote in person, the ACLU said, can return the mail ballot to an early voting site or the appropriate polling place on Election Day and then cast a regular ballot.

Voters who requested, but have not received, a mail-in ballot can go to an early voting site or their polling place on Election Day where they will be asked to sign an affidavit certifying they did not receive the ballot. Those voters will then be issued a regular ballot to cast their vote with.

Voters who received a mail-in ballot but later lost it can also go to an early voting site or their local polling place on Election Day and sign an affidavit certifying they have not cast a ballot. They will then receive a provisional ballot.

Voters who receive a mail-in ballot after they have already voted in person, either early or on Election Day, must discard the mail-in ballot. Attempting to vote twice in a single election is a Class 3 felony.

In addition to concerns about late-arriving ballots, Illinois officials said this week they have another concern this year – security at polling places.

Illinois State Police Director Brendan Kelly appeared at Gov. JB Pritzker’s news conference Wednesday and said state and local law enforcement will be out on Election Day and in the days following the election to guard against threats to voters or the election process.

“The ISP will also be conducting high-visibility patrols during the election period to assist local law enforcement with any election disturbances at polling places and boards of elections,” Kelly said. “Also, the ISP will have extra personnel available should they be needed, including those from specialty positions across the department.”

Dietrich said election officials believe there is reason for a heightened level of preparedness this year.

“I don’t think you can say we are expecting it, but we are aware that some of the rhetoric and some of the activities that we’ve seen in other states indicate that it could be possible,” he said. “So I think that’s why director Kelly appeared with the governor just to let folks know we’re aware of it.”

Dietrich said any voter who observes behavior that makes them feel unsafe – whether it’s someone being verbally aggressive, standing too close to other people, or not following public health protocols such as wearing a face covering – should notify an election judge at the site.

“Because they control the polling places, and they have the authority to eject anyone from a polling place, or to order people to cease certain behaviors,” he said.

Two steps forward, one step back for soil health in the...