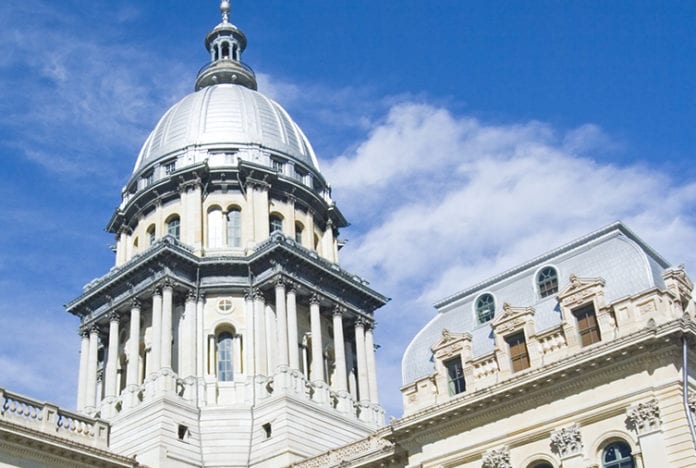 “In today’s world, data centers are as critical a part of our infrastructure as our roads, trains and schools,” said Governor JB Pritzker. “With the legislation I signed into law, we are welcoming a surge of economic development, labor income, and good union jobs to Illinois – and not just here in the established market of Chicago, but across our whole state.”

Illinois joins 30 other states with tax incentives specifically targeted at attracting data centers as part of expanded economic development efforts. It will bolster the industry in the Chicago region – the nation’s third largest data center market – and serve as a powerful tool to increase Illinois’ competitiveness and attract new businesses across the state. Data center investments will fuel new construction and create good paying jobs across the state. “With the passage of Governor Pritzker’s $45 billion capital bill featuring tax incentives for data centers, Illinois joins IT hubs such as Atlanta, Silicon Valley and Northern Virginia as one the most tax friendly and geostrategic destinations for IT investment,” said Clint Heiden, Chief Revenue Officer, QTS. “QTS is proud to have worked closely with the Illinois Chamber of Commerce, state and local officials and economic advisors to pioneer the tax reform and we look forward to expanding our presence as a key player in Chicago’s data center community.”

“Data centers are essential to cloud-based computing, and touch every major Illinois industry,” said Rep. Deanne Mazzochi (R-Elmhurst). “Just as Illinois benefits from being a physical transportation hub, this bill’s elimination of data center taxes and burdens will help keep Illinois an information transport hub, and ensure we can stay competitive with neighboring states for this industry’s investment, jobs and growth.”

The measure allows an exemption from sales tax for data centers who have or plan to make a $250 million investment in Illinois. If a data center is seeking an exemption for the construction or rehabilitation of its structure, the data center must require all contractors and subcontractors to comply with the responsible bidder sections of the Illinois Procurement Code. The measure also creates 20 percent income tax credit against wages if the investment by the data center is in an underserved area. The bill requires an annual report to the Governor and the General Assembly on the tax credit’s outcome and effectiveness.