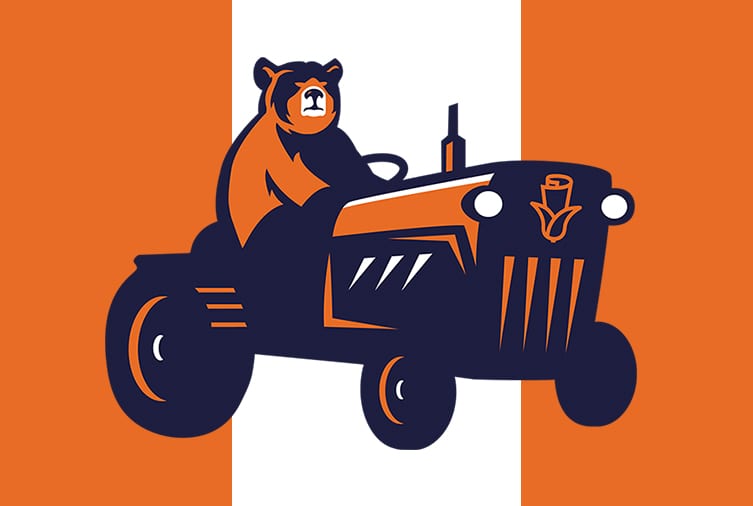 A new football season is right around the corner. Chicago Bears fans are looking forward to Bears Training Camp 2019. This will be the Chicago Bears 18th year holding camp at Olivet Nazarene University University. Country Herald would like to explore the new faces the Chicago Bears added on offense for the 2019 season.

Veteran wide receiver Cordarrelle Patterson will make his debut at Bears camp this year. The 6’2 Patterson signed a two-year deal with the Bears during the offseason. Patterson will be used not only as a wide receiver, but also as a kickoff returner. Patterson has proven that he can have success in an unconventional offense. Bears fans can look no further than head coach Matt Nagy to develop unconventional situations for Patterson. The Bears signed Patterson to a two year five-million-dollar deal. At this price there really isn’t too much risk in Patterson. Bears fans will have to wait until the season starts to see if he can help the Bears reach that next level.

The signing of running back Mike Davis meant the departure of Jordan Howard. Last season Davis was a number two running back with the Seattle Seahawks. Davis has proved, however, that he is ready for a bigger role by averaging 4.6 yards on 112 carries. It will be interesting to see if the Bears plan on using Davis as their number one running back. The only red light about that is, Davis has only started eight games in his five-year career.

Offensive lineman Ted Larsen played with the Chicago Bears in 2016. He returns to the Bears after spending two seasons with the Miami Dolphins. Larsen provides depth at multiple positions on the offensive line. Like Cordarrelle Patterson, there really is no risk in bringing Larsen back.

The Bears selected David Montgomery, running back from Iowa State, with their first pick in the third round of the draft. The 5’10 Montgomery is a true third-down back. Montgomery should fill the between-the-tackles role void left by Jordan Howard. Montgomery is coming off back to back 1,400 yards rushing at Iowa State. The Bears seem to hit the jack pot with this pick. Bears fans will need to keep their eye out for him at training camp.

With their second pick in the 2019 draft, the Bears selected Riley Ridley, a wide receiver from Georgia. This pick maybe a shock for Bears fans considering the wide receiver spot is already crowded. Bears general manager Ryan Pace could have selected Ridley for future purposes. If anything, this season Ridley can be used if injuries were to occur to the wide receiver core.

In round seven the Bears selected running back Kerrith Whyte out of Florida Atlantic University. At pro days Whyte clocked in a 4.37 in the 40-yard dash. The Bears could look to use Whyte on special teams as a returner. Whyte will look to make the team as a top-speed back reserve.

Chicago Bears fans have a lot to be excited about going into the 2019 season. Time will tell if the new faces combined with the old faces on offense will be able to carry the Bears back to the playoffs and beyond. All and all between the defense and offense the Chicago Bears season is looking bright.

KANKAKEE - Be prepared for another round of vote-by-mail postcards...

PARK FOREST - A 7-year-old child is being mourned by...

FRANKFORT - A dog who got off their leash last...

KANKAKEE - Be prepared for another round of vote-by-mail postcards...

PARK FOREST - A 7-year-old child is being mourned by...

FRANKFORT - A dog who got off their leash last...