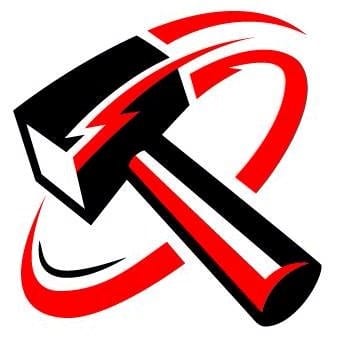 It was set to be another day of sports camps for students playing football, basketball, volleyball and other sports. But as new guidelines from the Illinois Department of Public Health funneled in, officials in the Bradley-Bourbonnais Community High School district say they had to act fast.

The IDPH announcement, released at 11:45 a.m. July 9, placed heightened calls for face masks, social distancing and many of the other protocol that have become synonymous with COVID-19.

As the district grappled with the new provisions, BBCHS Athletic Director Mike Kohl said the decision was made to shut down practices for two days to regroup and strike a balance between some semblance of normalcy and heeding the precautions of a virus that is still posing a monumental challenge in these warm-weathered months.

“At that moment, as a school, we decided that we were not going to make our students, in 100-degree weather, wear masks outside, so we decided to cancel everything and reorganize it,” Kohl said of the call made late last week.

This week, Kohl and other BBCHS staffers are back in action. Since IDPH guidelines do not inherently call for facemasks outdoors, football players can practice without the coverings, though in smaller groups.

To maintain social distancing, no more than 25 kids are out on the turf at any given time. For now, the sport is considered “no contact” to minimize the proximity budding athletes have with one another.

Any of the students playing sports indoors, such as volleyball, are wearing facemasks.

In this era of the so-called new normal, Kohl said BBCHS students excelled as the new protocol were put in place on the first day of the revised sports camp.

While practice protocol could change again seemingly in the blink of an eye — a reality of contending with statistical COVID-19 figures and the rapid need to adapt and adjust — Kohl said he is hopeful this year’s summer camps will go on without any further hiccups.

And that sense of hope extends into the regular school year, as BBCHS officials find themselves in the same position as their counterparts — how to conduct classroom, athletic and extracurricular activities once the 2020-21 school year is in motion.

While COVID-19 precautions are an understandable part of life at the moment, Kohl said he implores the community to consider the big picture and consider a balanced approach.

“I think what a lot of people are mistaken with, and don’t think about, is the social and emotional part,” Kohl said of athletics and the place they hold in students’ lives. “This is their escape, and it could be taken away from them at any time. That’s the biggest thing for us.”

The Illinois High School Association is set to render a decision in the coming weeks about sports play this fall. At least three options are on the table at the moment, including the possibility of shortened seasons or reconfigured schedules.

Since the IDPH’s calls for summer sports were considered guidelines, some school districts are approaching them differently.

As with so many aspects of life, Kohl said trying to work around an unprecedented pandemic means navigating the uncharted territory in the best way deemed possible.

“It’s just different opinions, different things, based off the district,” he said. “No one’s right, no one’s wrong. It’s just how you want to interpret it, and what parents want to do.”