The Department of Natural Resources is currently investigating the accident 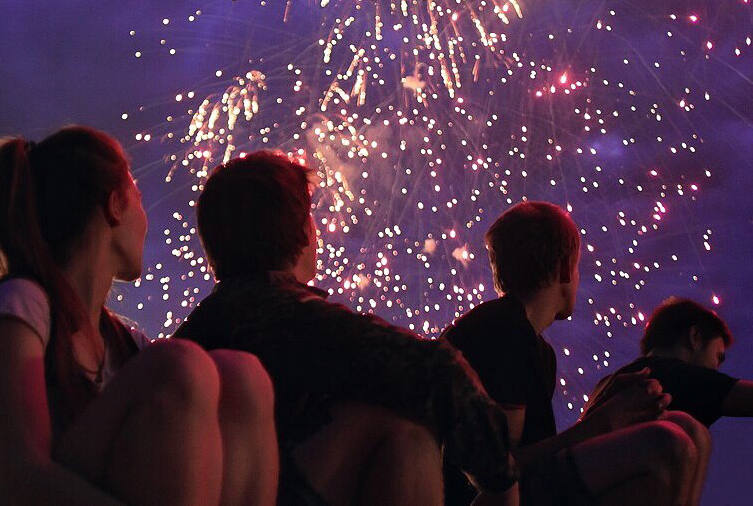 We are still waiting for the finale of the 4th of July show in Ashkum this year, and the end of that show may not be seen for many more weeks.

Art Shreffler’s fireworks shows have been thrilling and impressing Iroquois audiences for years, and every year they seem to get bigger, better, stronger, and longer.

But this year, there was a lengthy pause between the two shorter parts of the presentation, and though the second act didn’t exactly end with a whimper, it didn’t end with the big bangs that typify a Shreffler pyrostravaganza final act.

And that’s because of the thing these professionals fear most happened.

There was a shell malfunction, “a six-inch boomer” according to Shreffler that blew up inside its launch tube that stopped the show.

When the shell misfired, it disintegrated the shell, completely shattered the tube, took out the boomer sitting next to in line, and the flying parts hit Shreffler’s son in the head and seriously injured him.

A Riverside ambulance standing nearby quickly took the younger Shreffler to Kankakee, and from there he was transferred to a hospital in Chicago where he underwent emergency surgery. “They repaired what was bad and he’s getting along OK,” said the elder Shreffler.

That was the end of the fireworks show. “We shut down right then,” said Shreffler. But the wail of the siren and the flashing lights on the ambulance siren probably wasn’t the last we’ll hear of this display.

Shreffler says several state officials showed up to investigate the near-tragedy, and they told him there were three other similar malfunctions at professional shows in the state, all with the same shell.

And Monday, residents of Ashkum were startled by another big explosion just afternoon, this one probably caused by state investigators blowing up a suspect shell that may have been intended to be fired later in the Ashkum show. Sheffler says those investigators told him they had confiscated two to three thousand pounds of the sort of fireworks across Illinois that are supposed to be sold only to licensed practitioners of the pyrsploarts, the sort of product “you can’t buy at a roadside fireworks stand.”

Fireworks shows like Shreffler’s have probably saved a hundred fingers and a dozen hands of people more brave than skilled that like the noise and eye-gasms of the traditional Independence Day blastings. But “safer” doesn’t mean “safe”, and even those certified and experienced are reminded all too often that what makes some things so impressive is the risk of making them happen.

Semi blocks I-57 in late night crash near Chebanse