Cases of fraud skyrocket in Illinois during pandemic 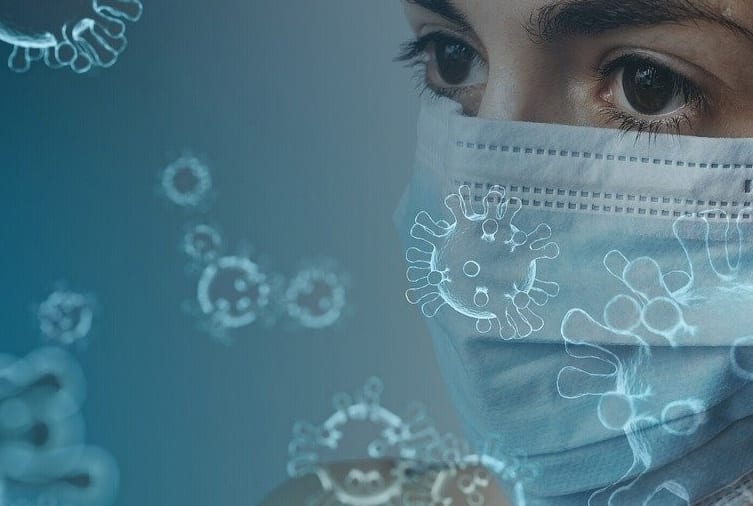 Every local official from Kankakee’s Mayor Wells-Armstrong to Governor Pritzker have had a say on what’s gone on at Shapiro Developmental Center in recent days regarding the outbreak of COVID-19. As of Wednesday night, 12 of the 57 cases in Kankakee County are connected to the facility.

On Tuesday, Kankakee’s Mayor Wells-Armstrong drafted a letter to local representatives, kicking off a race to respond.

During his daily COVID-19 press conference today, Illinois’ Governor was asked what he would say to the families of those who feel the communications breakdown inspired the spread (at Shapiro) and the staffers who feel that they are being put at risk because of, what they see as lax PPE policies.

“There is no doubt, and you’ve heard this from our medical experts, that sometimes congregate facilities are difficult, because of the, you know the very nature of people living in the same facility. You know we’ve provided some folks to you who are engaged in that facility, who have felt like, you know, we are actually running it reasonably well, doing the right things at the right time. Sometimes this virus is so, it’s an invisible virus. You just don’t know where it’s going to come from. We’re doing everything we can to try to separate people out, who may have contracted the virus to detect it.” said Governor Pritzker this afternoon.

Earlier in the briefing, Brigadier General Richard Neely discussed what was being done at another congregate facility, Statesville, where the National Guard is working a number of scenarios to separate positive COVID-19 cases from the general population, including putting tents into a gymnasium area and away from the general infirmary.

State Representative Lindsay Parkhurst told us Wednesday afternoon what’s happening here needs to be reviewed by the State. “I believe the allegations regarding the facility are true and serious. Many staff members from the facility reached out to me, stating they were not notified about any confirmed cases before the article, threatened with discipline if they used PPE brought from home, and are fearful for their jobs by speaking out.”

Parkhurst says what is happening here needs to be reviewed by the state. “There was a breakdown in communication and protocol. We need to find out why before we can fix it. Only after we answer these questions, can we begin regaining trust with the community.” Rep. Parkhurst said today.

Other local officials say now is the time to support residents and staff at the facility, says State Senator Patrick Joyce, “For more than 46 years the Shapiro Center has been providing essential services and support to some of the most vulnerable people in our state. The residents and staff of that facility need our support now more than ever. I have been in contact with the Illinois Department of Human Services, the Division of Developmental Disabilities, the Director of Shapiro Center and the governor’s liaison, and the officials I spoke to assure me that they have been following all IDHS and CDC protocols since March 12. I will assist all agencies as necessary to assure that staff has the proper PPEs and that the individuals receive the care they deserve.” Sen. Joyce said in a press release today.

Shapiro is far from the only congregate facility in the State having problems with COVID-19. A woman in her 70s passed at the Chateau Nursing & Rehabilitation Center in Willowbrook yesterday, announced by Dupage County officials. A total of 10 people have now died from COVID-19 at that facility. Congregate settings like nursing homes have been linked to 61 cases in Dupage County alone, according to the Dupage County Health Department.

“I would ask everyone to remember that this disease does not discriminate. We need to do our part to control its spread and help our health care professionals manage this ongoing outbreak.” Sen. Joyce said earlier today.

Clusters of cases have also been reported in a senior home in Taylorville, outnumbering the available number of ICU beds at the hospital in town.

“What we do in Nursing Homes, typically is, if the Nursing Home will allow the separation of people who, are, COVID positive from people who aren’t, in other words literally separate wings or in separate floors, we’re attempting to do that. Certainly, there is a quarantine going on in many of these facilities.” Governor Pritzker said today, “It is hard, in a Nursing Home situation, to move some people.

Just because of their current medical condition. Trying to isolate those who are not sick and don’t have COVID-19 from those who are sick and do, is something that we’re working at constantly because we really want to make sure the infection doesn’t spread.”

There are now 6,980 COVID-19 cases across the State of Illinois, with 986 new cases announced today, including 141 deaths in 56 counties.  Cases range from less than 1 to 100 years old. Kankakee County had its’ first child and teen test positive for COVID-19 this past week, along with workers at Shapiro and CSL Behring also testing positive for the virus.

CSL Behring has a direct connection to Wuhan, China, with a manufacturing site in the City.

Cases of fraud skyrocket in Illinois during pandemic