ShotSpotter Gun Detection Goes Live in the City of Kankakee 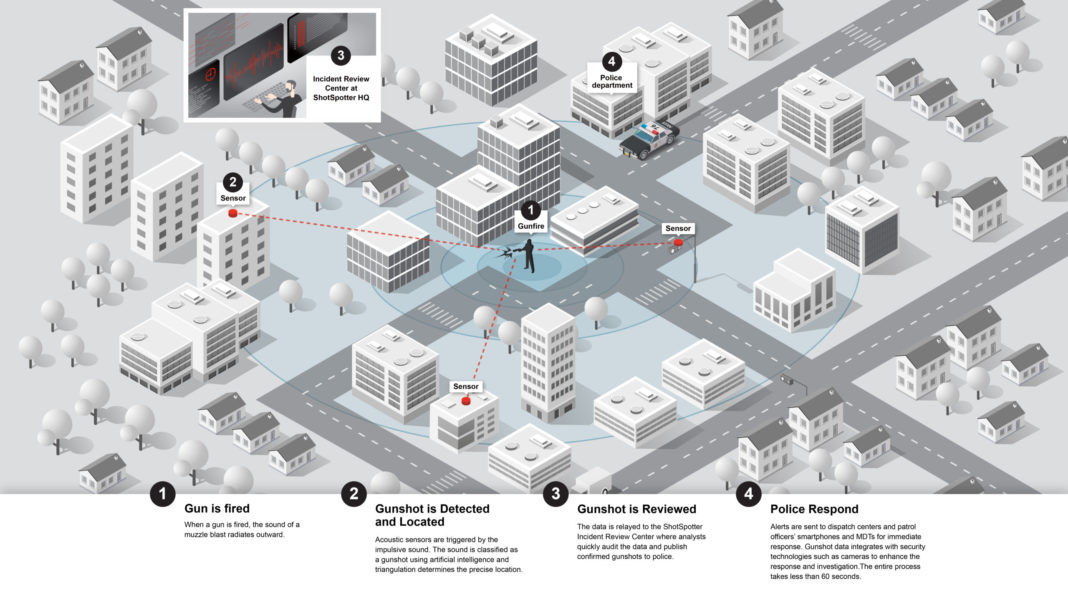 KANKAKEE – Kankakee Police are testing new technology in an ongoing effort to address gun violence. ShotSpotter is a real-time gunshot detection and alert system where gunfire activity is monitored 24/7 and police are notified immediately.

The new system went live on Monday, November 9, 2020 after the City was awarded the ShotSpotter grant in the amount of more than $48,000 back in June.

Here is how ShotSpotter works:
• A gun shot is fired.
• Acoustic censors placed throughout the community are triggered by the sound.
• Data is reviewed by analysts.
• Patrol officers and dispatch centers are notified.
• Police respond.

According to ShotSpotter, the process takes less than 60 seconds.

“As experienced in other jurisdictions, we believe that the utilization of the ShotSpotter technology will make our community safer. It allows officers to respond quicker and with more information on shots fired calls. With this tool, officers will be able to better investigate the calls in order to identify offenders and engage with witnesses with the goal of ultimately reducing the number of such calls in our town,” said Police Chief Frank Kosman.

“In response to listening to the community regarding concerns about gun violence, we
believe that utilizing this technology will create a safer community. While this technology
does not necessarily prevent gun violence, it will assist our officers in response times
and working cases more efficiently. ShotSpotter is used in more than 100 cities
nationwide. We look forward to the positive results from utilizing this tool to address
crime in our community and will continue to seek solutions to move Kankakee Forward,”
said Mayor Wells-Armstrong.

Salvation Army Thrift Store in Bradley to close May 1st