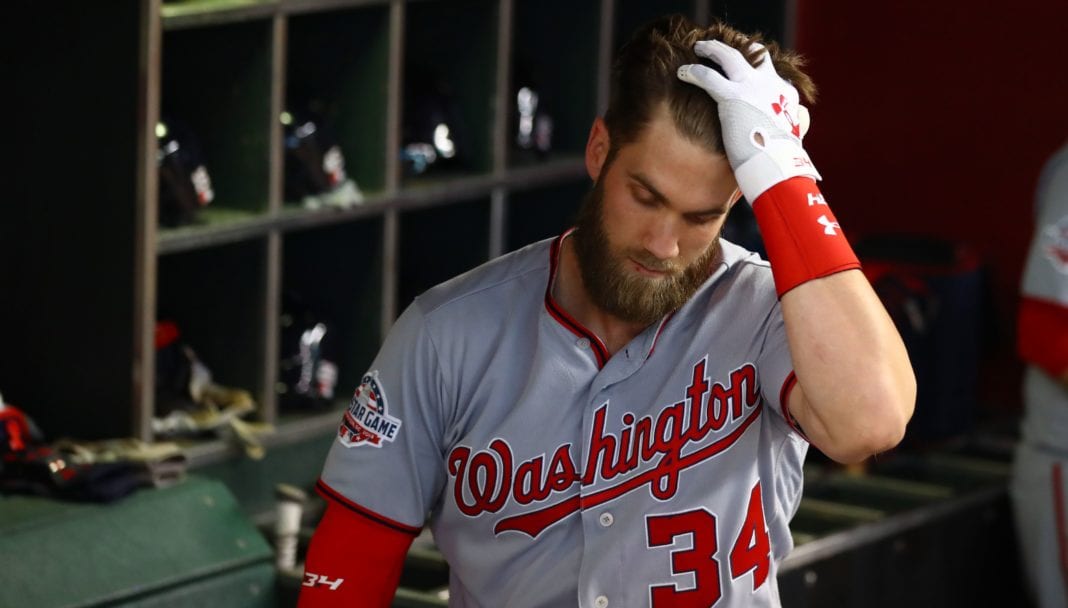 A new baseball season is right around the corner. With pitchers and catchers reporting to spring training the week of February 10th. Position players report later that same week. With spring training less than a week away from the two biggest free agents still, find themselves without a team.

These two free agents are none other than Bryce Harper and Manny Machado. Both players have met with many teams, but either is yet to sign a deal. Both players are looking to cash in on long term deals. It’s been reported that Machado would like a deal bigger than the one that Giancarlo Stanton inked with the Miami Marlins that was 13 years $325 million back in 2014. In 2018 Machado had a very good year. Machado hit 37 home runs, knocked in 107 RBI’s and had a batting average of .297. While the 26 year old Machado is a very skilled player that can play multiple infield positions, is he worth that much money?

Turning our attention to Bryce Harper. Like Machado, Harper is also 26 years of age and is looking to sign a deal that would be bigger than Stanton’s $325 million. Harper turned down a 10 year $300 million dollar offer to keep him a Washington National for the remainder of his career. Harper is coming off a year where he hit 34 home runs, knocked in 100 RBI’s and had a batting average of .249. Those are solid numbers, but are they numbers worth over $325 million?

Both players may have to settle for a lesser payday than they are expecting. The price tag both players are looking for is extremely risky for any team to take on. Whichever team ends up with Harper or Machado, will no doubt be in contender talk for the 2019 season? Both players would bring value and upside to any ball club. The question that will still remain until either get signed is there any team willing to give either player the payday they are looking for?