Where’s the permit for taking our lives? Who gave you permission to your knee on our neck for nine minutes? Who gave you auth to snatch our breath from us?,” said Travis Miller as he led Black Lives Matter rally and march Saturday afternoon in downtown Kankakee.

This rally and march comes just five days after George Floyd was murdered in the street in Minneapolis, Minn. after officer Derek Chauvin knelt on Floyd’s neck for nearly nine minutes. Many major cities in the United States have erupted in mostly peaceful protests due to the repeat of the racially-charged murders of African Americans.

Approximately 75 people gathered together in the parking lot across the street from Classic Cinemas Paramount Theatre with signs, water bottles, snacks and words of support.

“I’m tired of being at home and being angry, sad and posting on Facebook and not doing anything about it. That’s why I’m here.,” said Susan Chisausky. “As a young person, it really makes me angry and upset to see all of the hatred in the country,” said Molly Landry. “I feel like being here might be something small, but at least it’s something.”

Miller then led a march that started on Chestnut Street, making a right on Indiana Avenue to end up at the Kankakee Police Station. From there, they headed to the Kankakee County Courthouse.

“I will travel across the seas to get to where I need to go to stand with my people. Today, we join cities and communities all over this nation to say we support and that we stand with the people of Minnesota as they seek justice for the killing of George Floyd,” said Miller. “We will not tolerate police brutality. We will not tolerate ignorance, or lethal force. We gathered here for a peaceful protest. We will march throughout this community in order to make our voices heard.”

“I’m here because I want to be treated fairly,” said Damesha Tucker. “I don’t want to be treated like an animal just because my skin is brown. I may not be on the ground right now, but I’ve been racially profiled hundreds of times all because of the color of my skin. Is that fair? Is that right?”

“My people built this country, and now you’re telling me I can’t walk down the street and not be harmed? That makes no sense to me. That’s why I’m here. It needs to change,” said Tucker. “I need to be able to walk past whoever and not get the police called on me because of the color of my skin, or just because I’m wearing a hoodie. I’m not a thug because I wear a hoodie. I wear a hoodie because it’s cold, and I’m cold just like them.”

“Police brutality ends today! This will not be a quiet demonstration. We will make our voices heard,” shouted Miller. “Our march will be a ricochet through this community and city. We will march and we won’t stop marching until you stop killing Black lives.” 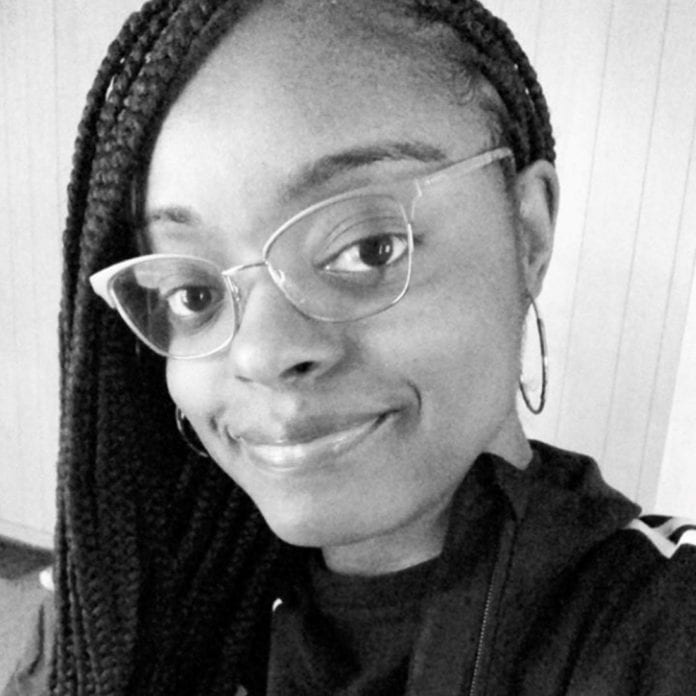 Kiera Allen
Kiera Allen, an award-winning journalist of Kankakee, has enjoyed writing since she was little. These days, she still enjoys writing, binging the latest shows, cooking with her boyfriend, and hanging out with her cat, Joey.

Bourbonnais woman accused of stealing $2.3 million from Company to fund...