Train hits School Bus in Orland Park, no injuries due to quick action of bus driver 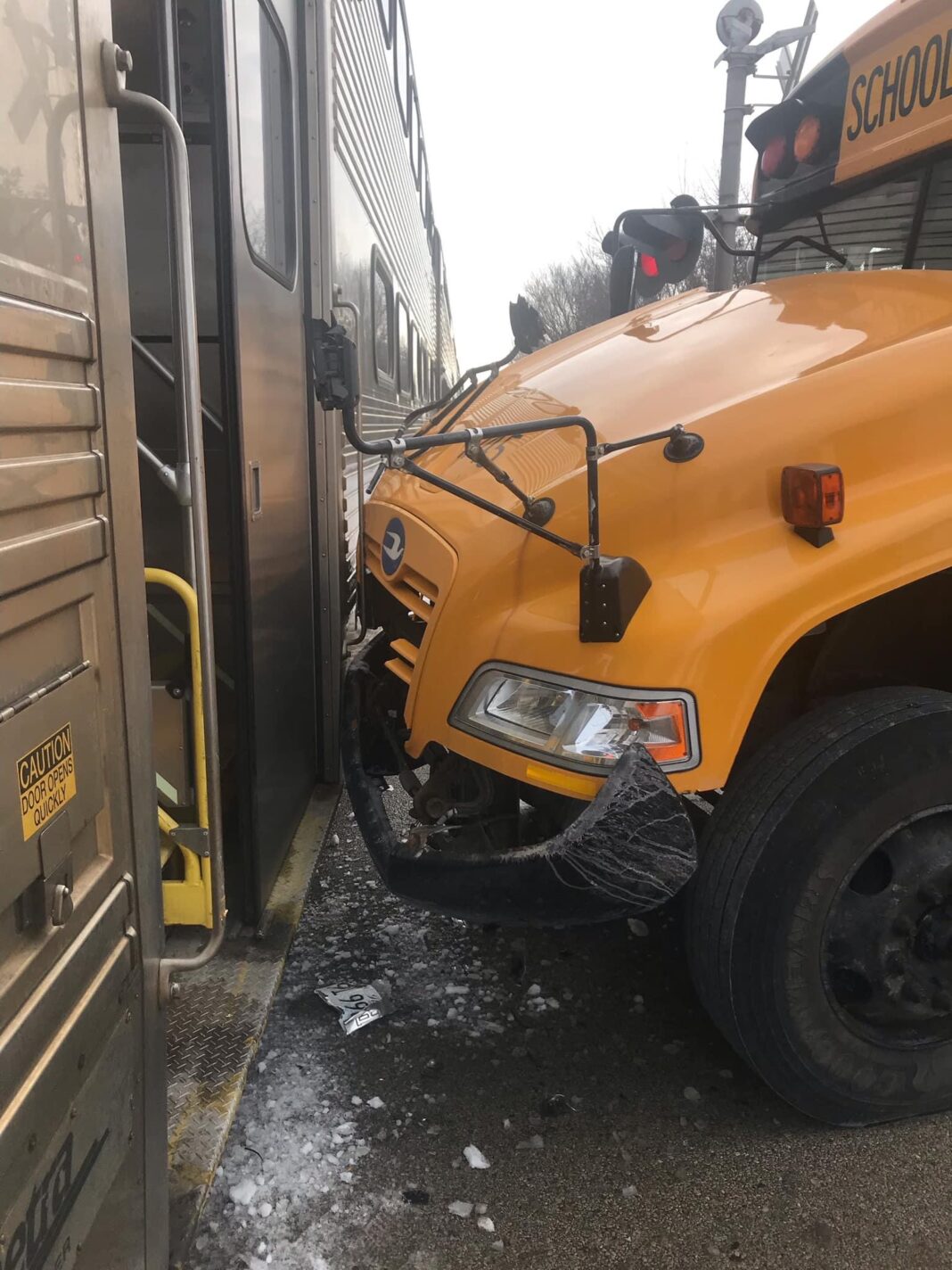 ORLAND PARK – No injuries were reported after a school bus collided with the train this afternoon.

According to Orland Park Police, it happened at approximately 2:30 this afternoon when an Occupy school bus collided with a train near 10900 and 167th Street.

The bus had been stalled due to mechanical issues when the bus driver reportedly calmly and safely removed the children from the bus to ensure their safety.  It was only minutes later when the train collided with the bus.

No injuries were reported thanks to the quick actions of the yet to be identified school bus driver.