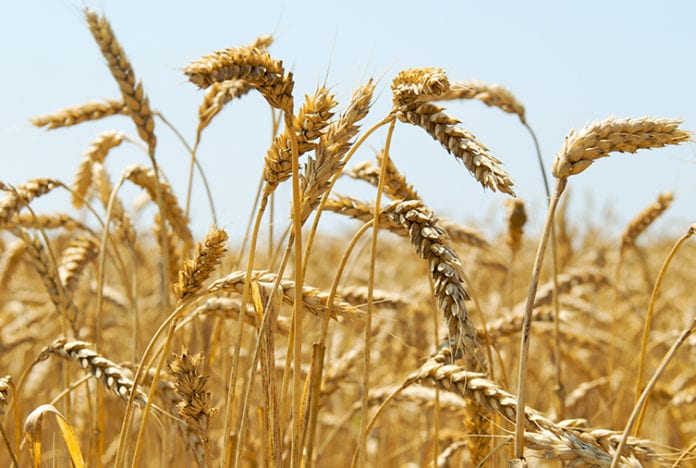 SPRINGFIELD – Agriculture is such an integral part of Illinois that we sometimes lose sight of not only its importance but also its danger.

The agricultural industry is one of the most dangerous with a work-related death rate of 23 deaths per 100,000 workers, according to the U.S. Bureau of Labor Statistics. That’s more dangerous than many other industries considered high-risk, such as mining or transportation.

And grain storage is one particularly dangerous area on family farms and in other agricultural settings. Those hulking, usually metal or concrete silos dot the landscape across Illinois. Each year they take farmers’ lives.

September 15th to 21st marks National Farm Safety and Health Week. Part of the safety emphasis this week is on dangers surrounding grain bins. Soon farmers will be racing to fill those bins.

“As the busy harvest season approaches, it is vital that farmers and other agricultural workers put safety first, especially when working around grain-storage facilities,” said Michael Kleinik, director of the Illinois Department of Labor.

Last year, nationwide there were 30 grain entrapment cases with 15 of those leading to fatalities, according to Purdue University’s Agricultural Safety and Health Program, which has documented these cases since the 1970s. Only two grain entrapment cases were reported in Illinois. However, safety experts believe that some non-fatal entrapments do not get reported.

There may be even more reason for concern than usual this year given the challenging growing season, according to Dave Newcomb, Ag Rescue Program Manager with the Illinois Fire Service Institute. A similar challenging year in 2010 led to the last big spike in grain entrapment cases,

“With the late harvest, there is a good probability the grain is going to go into the bins a lot wetter than it normally would,” said Newcomb, who added that seven out of 10 grain entrapments happen on family farms rather than at commercial storage facilities.

That wet grain can start to spoil creating a hazardous air condition in the grain bins. Also, the wet grain tends to clump and not flow properly through the unloading system.

“It gets bound up, so people climb in the bin with a metal rod or a piece of PVC and try to poke it and break it up to get it moving again, but what they often fail to do is shut the equipment off. And that’s where people get in trouble,” said Newcomb.

Too often tragedy ensues. In just the past few weeks in Illinois, two such entrapments happened – one near Marshall and another near Effingham. Fortunately, neither incident led to a fatality.

Grain bin tragedies can literally happen in seconds. Moving grain acts like quicksand. According, to the Occupational Safety and Health Administration (OSHA), a worker standing on moving grain will be trapped within just five seconds and completely covered in grain within less than half a minute.

While workers should avoid entering grain bins if possible, safety measures can greatly diminish the risk if they must enter. One of the most important measures is to turn off and lock out all powered equipment to the grain bin and tag it to remain off.

“We preach lock out, tag out like there’s no tomorrow,” said Newcomb. “A worker climbs in the bin and someone comes by and says, ‘Hey, they’re supposed to be unloading,’ and they start energizing stuff while somebody is inside.”

OSHA also says any worker entering a grain bin should be provided with a body harness attached to a lifeline and an observer should be stationed outside the bin to track the worker and help if something goes wrong.

Grain entrapment is not the only concern upon entering a grain bin. Air inside a bin can be hazardous, even deadly, from decaying grain or fumigation. The air should always be tested before any worker enters the bin.

Director Kleinik reminds everyone in the agriculture industry to “lock out and tag out” and have a safe harvest season.