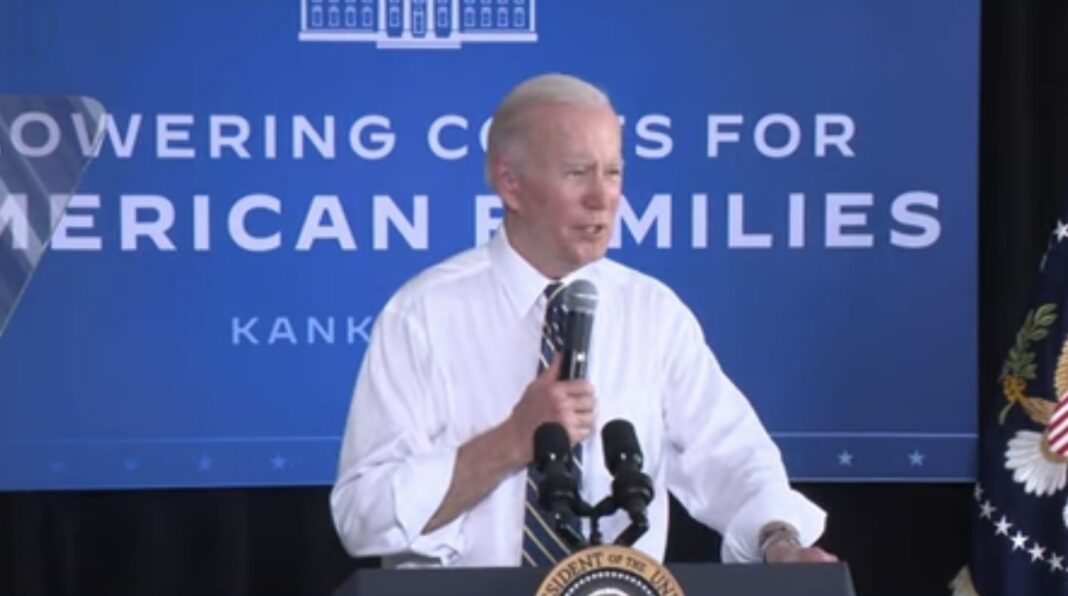 (The Center Square) – President Joe Biden traveled to Illinois Wednesday on what could have been a damage control trip as inflation cripples Americans’ pocketbooks.

The president visited a farm in Kankakee to highlight measures he hopes will boost crop production, including increasing the number of counties eligible for insurance for double cropping. That is when farmers plant a second crop in the same plot in the same year.

Biden said his administration plans to double its investment in domestic fertilizer production to $500 million to lower costs for growers.

Biden also highlighted how Russian President Vladimir Putin’s war against Ukraine has driven up the global prices of wheat, corn and soybeans. Russia and Ukraine combined supply more than 25% of the world’s wheat exports.

Over 600,000 acres of wheat was harvested in Illinois in 2021, and this year’s crop is expected to fetch a hefty price.

“Right now, America is fighting on two fronts, at home it is inflation and rising prices and abroad it is helping Ukrainians defend their democracy,” Biden said.

Inflation eased slightly in April after months of relentless increases but remained near a 40-year high. Consumer prices jumped 8.3% last month compared to a year ago, the government said Wednesday.

The U.S. Labor Department reported the prices Americans pay for groceries rose 1% in April and are up over 10% over the 12 months.

On Facebook live from a farm in Douglas County, Illinois state Rep. Brad Holbrook, R-Shelbyville, said he expects prices to remain high for a while for consumers and farmers.

This week, Biden blamed Russia’s war in Ukraine for the high inflation and rising gas prices. U.S. Sen. John Barrasso, R-Wyoming, told Fox News this was going on long before the first bullet was fired in Ukraine.

A recent CNN poll showed fewer than a third of Americans think the Democratic Party’s economic visions align with their own.