Hey there comic fans and readers! I’m back with a review of issue two of “Cosmic Ghost Rider: Destroys Marvel History”, (Written by Paul Scheer and Nick Giovannetti, pencils by Gerardo Sandoval, inks by Victor Nava, and Antonio Fabela on colors).
This issue picks up right where issue one left off and Frank wastes no time telling his wife his tales of helping save New York City with Spider-Man and how he shaped the Webslinger’s illustrious career as a hero. In this story line, Frank was there from the beginning, and was also the man that kept Peter Parker from hanging up his suit early on. Much like we saw in issue one with the FantasticFantastic Four, we see many different eras of Spider-Man, with stories from the 60’s, 70’s, 80’s, and even the early 00’s.
The illustration team of Sandoval, Nava, and Fabela once again do a wonderful job transitioning their art to match the different era Spider-Man artists, such as Steve Ditko, John Romita Sr., Ron Frenz, and Todd McFarlane, all while having their own modern style of Frank and Cosmic Ghost Rider throughout the issue.
Writers Scheer and Giovannetti, once again, do a great job of selecting story arcs from Spider-Man’s history for the Cosmic Ghost Rider to interfere with. This issue also takes a very serious turn for a few pages when it dives into Frank’s state of mind as a former Marine and the effects PTSD. They also tied the issue back to the big cliff hanger of why Frank has returned to the past.
Overall, I give this issue 3 out of 5 stars. I really enjoyed the art from the different eras. However, the story doesn’t progress much past what we were teased with in the end of issue one, which caused this issue to feel like a filler issue. Despite this, I feel it is still worth the read. Next up, it appears, is the X-men, who has also had their history manipulated by Frank. 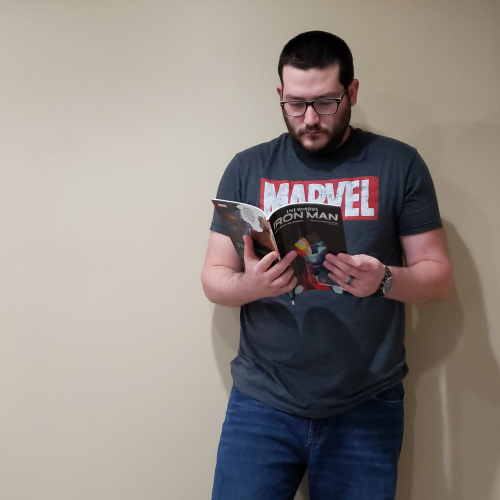 BOURBONNAIS - A local man has died after his motorcycle crashed last night. According to reports it happened on Route...
Bradley

BRADLEY - A local gas station was reportedly robbed at gunpoint early this morning. According to Bradley Police it happened...
Local

CHICAGO - A man is dead after allegedly attempted to pass a tractor in his vehicle on Route 45...
Local

WEST LAFAYETTE - Police have arrested a suspect after an early morning call reported a homicide at Purdue University. According...

BOURBONNAIS - A local man has died after his motorcycle...

BRADLEY - A local gas station was reportedly robbed at...

CHICAGO - A man is dead after allegedly attempted to...

BOURBONNAIS - A local man has died after his motorcycle...

BRADLEY - A local gas station was reportedly robbed at...

CHICAGO - A man is dead after allegedly attempted to...

Chicago Dogs to play in Milwaukee for 60-game baseball season